Halloween is one of my favourite time of years. It’s chilly, but not freezing yet and the Autumnal colours just make me happy. There’s nothing like  walking through crisp, crunchy leaves in a gorgeous part of the world.

Salem has always been a bit of a dream of mine as was visiting Boston, so it made sense to go in October to see it in all its Massachusetts glory. I’ll do a separate blog post on Boston, but for the month that’s in it, I’ll talk about Salem! 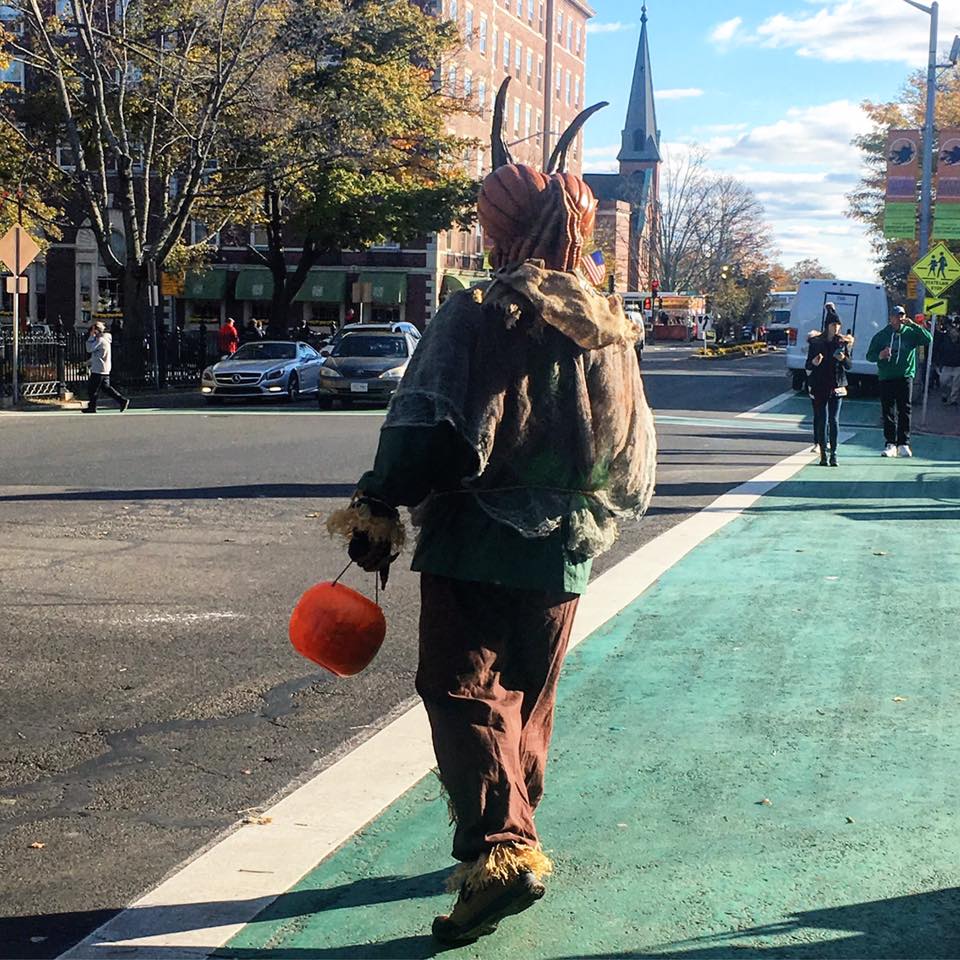 Salem is only 30 minutes from Boston and is a really pleasant train ride. It takes 31 minutes to be exact and for a return ticket it’s $15. We got the train from North Station and it was really easy to navigate. There’s plenty of places to eat in the station or to grab snacks ~ if you’re anything like me and constantly hungry! 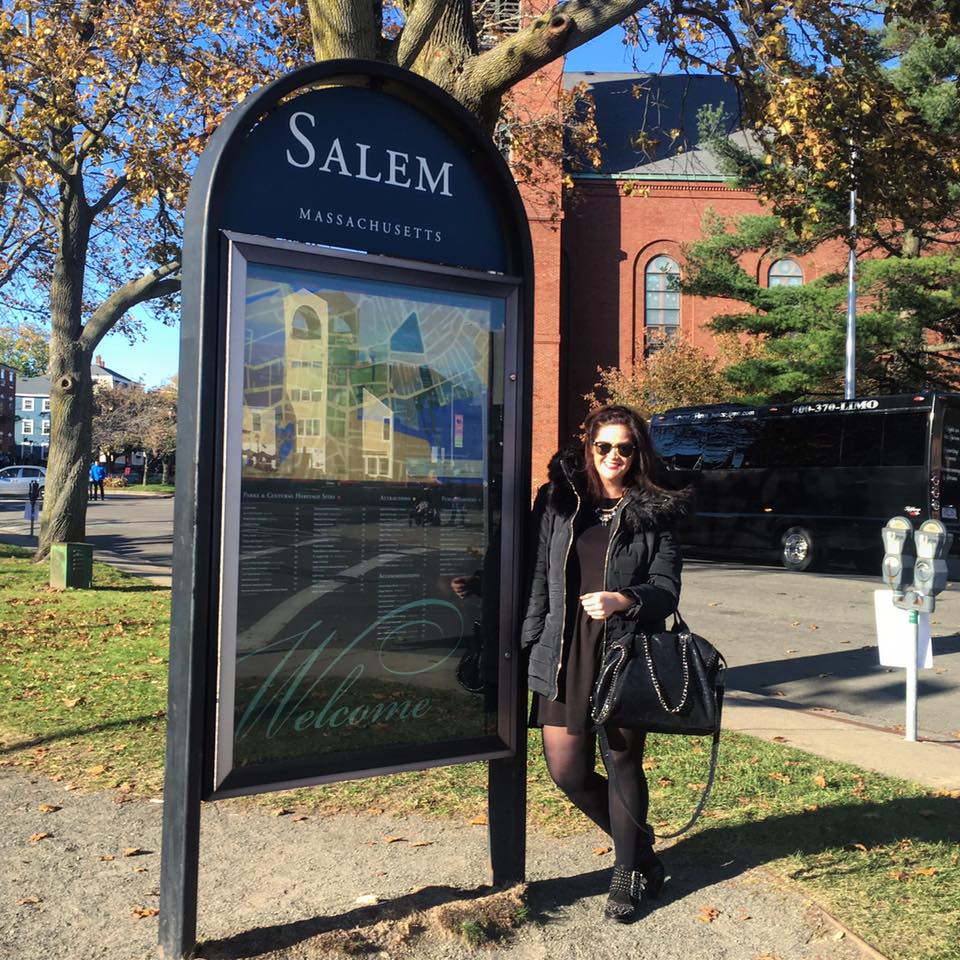 Salem is quite a small town and very walkable. Autumn in my opinion the best time to visit as it’s just so full of life. There was a quirky market on one of the main street’s selling Halloween bits and bobs and it really set the tone of the place. It was definitely surreal wandering around Salem on Halloween, as it’s somewhere that has always been on my list for years and somewhere I fully intend on returning to!

It was so different to any of the other places I had been to in America, it had a really nice vibe. They also have so many gorgeous cute independent boutiques which you could easily spend the day browsing! We were there for just the day (But stayed about 12 hours!, more on that later) but I’d recommend making a day and night out of it. 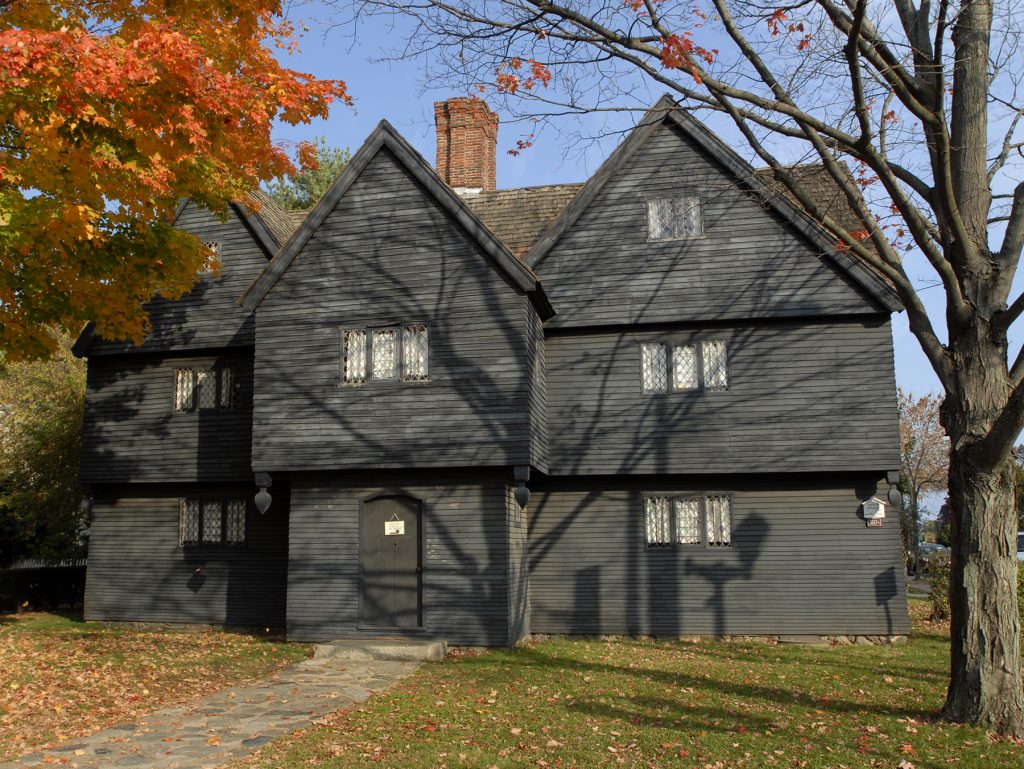 We saw the Witch House, just a small walk from the square, which is the only building left in Salem, that existed during the Witch Trials. “The Jonathan Corwin House in Salem, Massachusetts, USA, known as The Witch House, was the home of Judge Jonathan Corwin and is the only structure still standing in Salem with direct ties to the Salem witch trials of 1692, thought to be built between 1620 and 1642.”

We also went to the Salem Witch Museum. While interesting it could really do with a bit of a revamp! Staff were very friendly and knowledgeable and you got the gist of what had happened but nothing I didn’t really know before going. It was handy enough as you que’d up and paid and then you got your time slot to come back! We used this time to get some more food into us and took a little wander around. Everything is within walking distance! 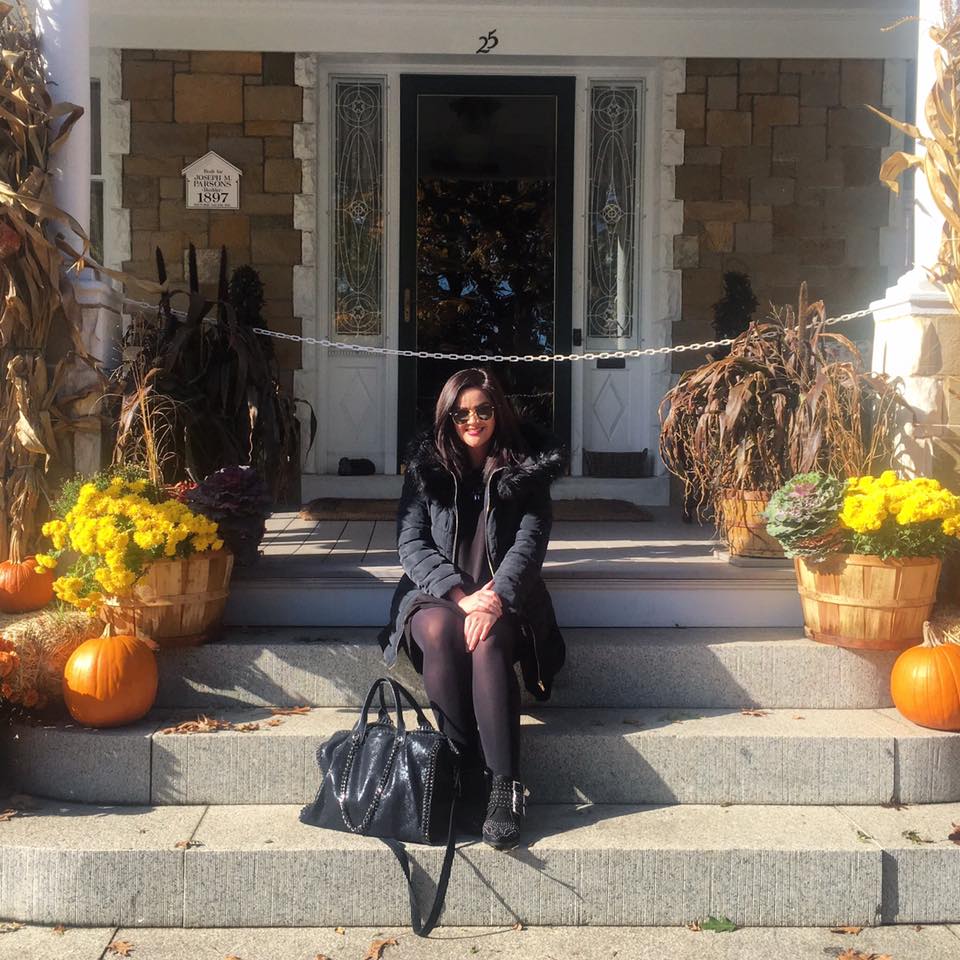 There’s a fair few museums around Salem including a Dungeon museum but we decided to give that a miss and just enjoy the crisp Autumnal air. We decided for a bit of craic to see one of the many, many mediums that were everywhere in Salem (I’m not a believer and I’m not, not a believer) It was $35 and without being rude your one was talking through her arse ~ wouldn’t recommend. Although that could definitely be down to us not doing proper research… 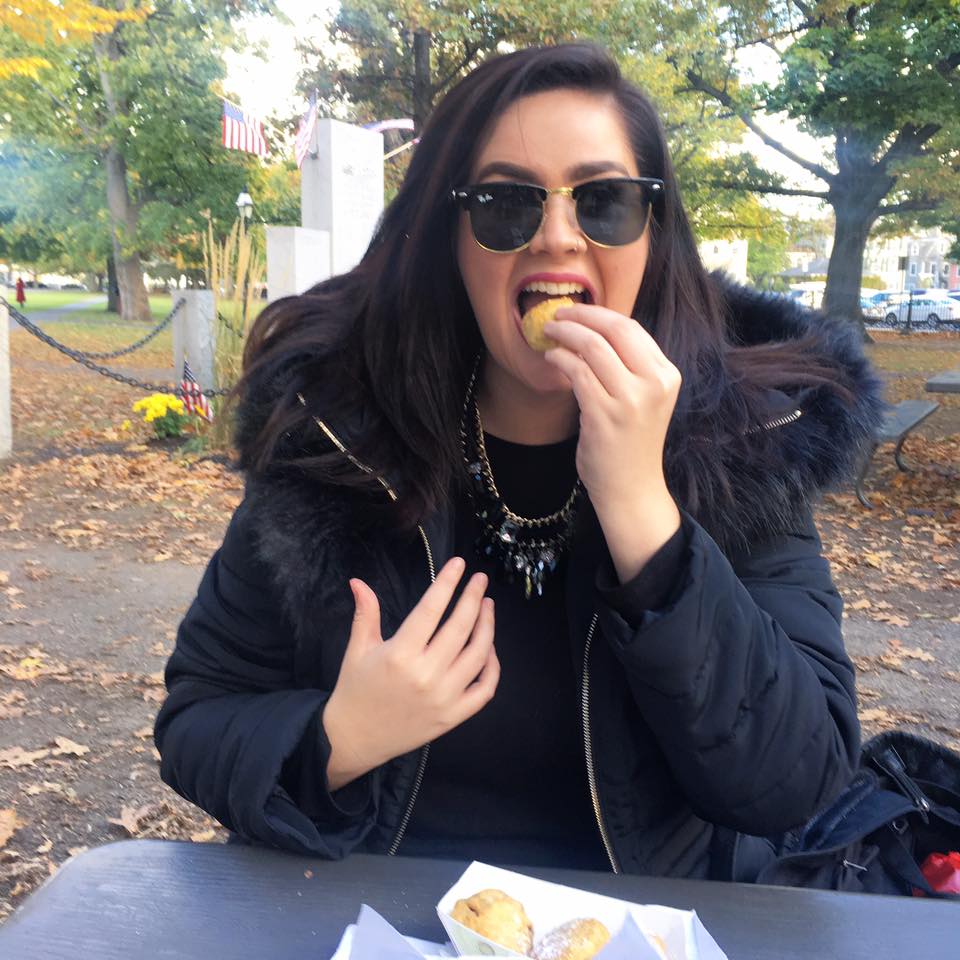 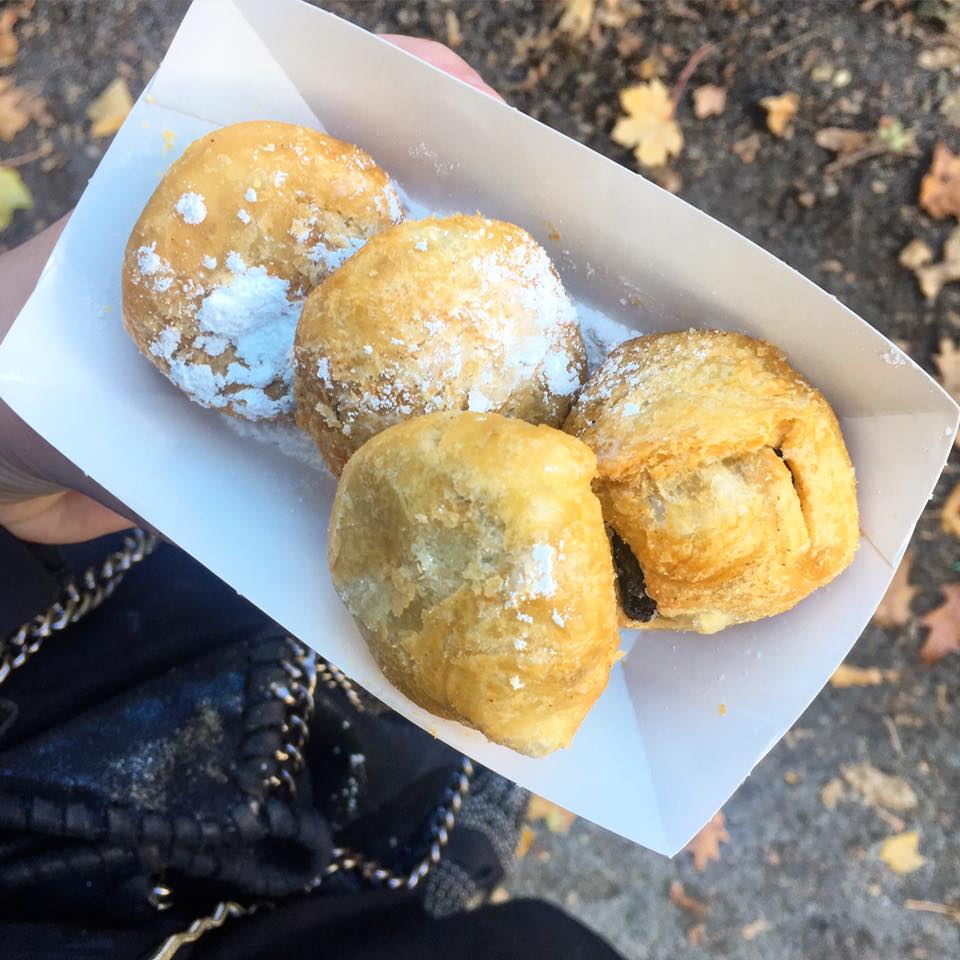 We left Boston at 10am and arrived in Salem at 10.31 and off we went in search of breakfast! Being quite honest anywhere would have done. We’d only just arrived the previous day so our body clocks were all over the place and we were starving! We picked Gulu-Gulu Cafe and it was such a cute and quirky place to eat!

They had couches as well as tables and was a really cute and friendly cafe. I had the waffles and they were so good and definitely filled a gap! I also randomly got a Shirley Temple, which I’d highly recommend. 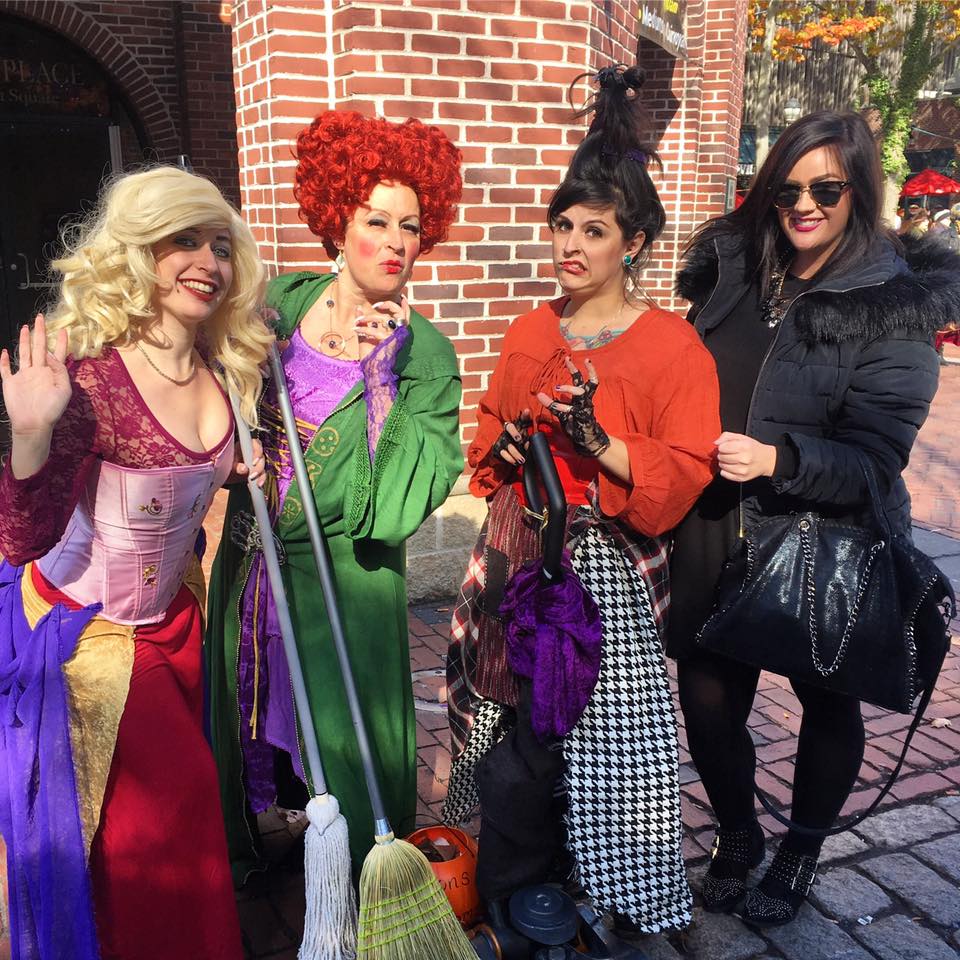 After our Breakfast we did some sightseeing and walked the length and breath of Salem. It was a gorgeous day, perfect Autumnal weather and it just what I imagined. Salem on a whole is small. It was Halloween so it had an extra magic to it. There was markets, people dressed up scary AF and the whole atmosphere was a bit spooky – my ideal day!  We came across a funfair, Elaine opted for a Toffee Apple, and I decided to go a step further and get Deep Fried Oreo’s – if you haven’t tried them, you’re missing out. A great pick me up while we waited for our slot for the “Witch Trial Museum”

Since we were there for just the day at around 5pm we were seriously flagging, after failing to find a recommended restaurant, we settled for Pizza, Jet lag and hanger was definitely a contributing factor to our mood so we agreed on Flying Saucer Pizzeria. It had a Que outside full of locals so we took this as a sign it wouldn’t disappoint. It absolutely hit the spot and it was a fair price too! 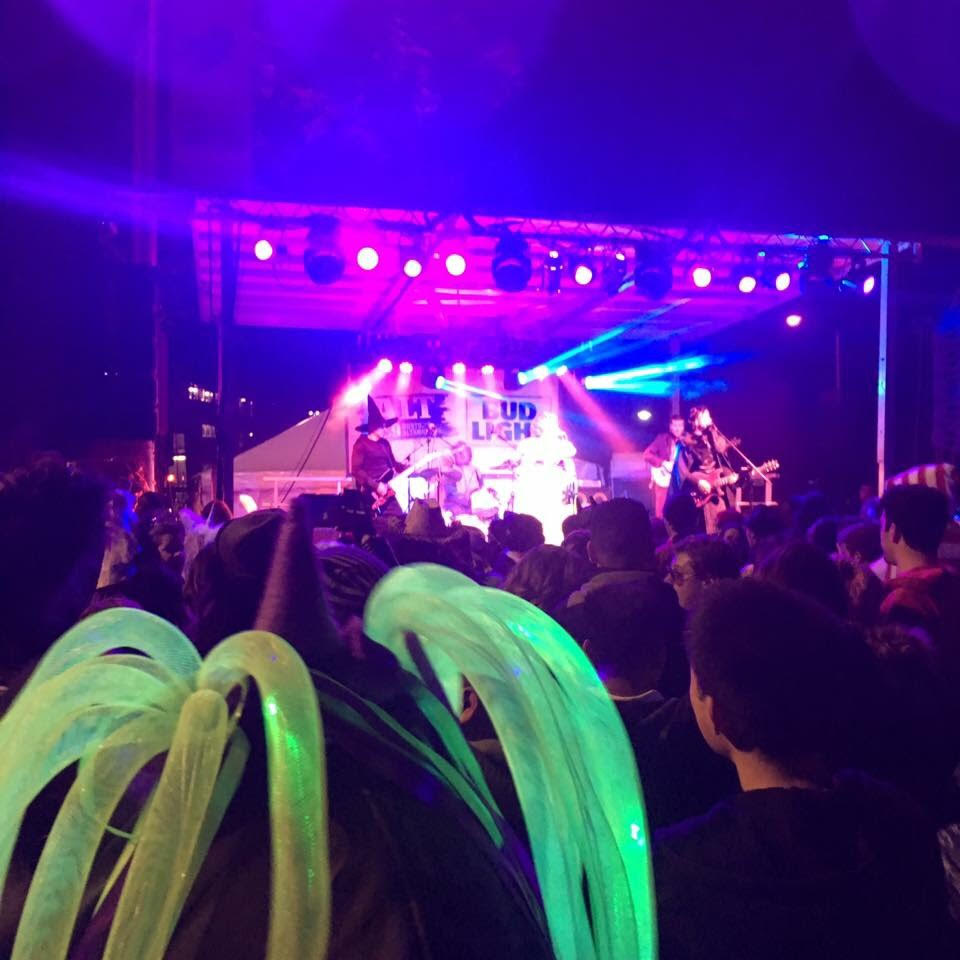 After Dinner, we soaked up more of the atmosphere, as it began getting dark, it got busier and busier as there was a street party! Now there’s loads of parties in and around Salem but we weren’t too pushed with them/were sold out/too expensive but it worked out well as we just enjoyed the street party! It was great fun and people were dressed up in amazing costumes! There was a few live bands playing and it ended in a great fireworks display!

After the fireworks ended, we got the train back to Boston and were home, tucked up in bed by 2am ~ ready to explore Boston the following day!