I’ve said it before, and I’ll say it again. Food is the best way to experience a country and culture.

I had limited time in Colombo, the capital of Sri Lanka and I knew exactly how to maximise my time – I booked a Street Food Tour, and honestly it was the best thing I did in Sri Lanka (for a few reasons, I’ll explain later!)

Now there are so many different Street Food Tours all at varying prices. We were on a bit of a budget, so we chose the “With Locals” Tour and we were lucky and there was one tour guide left for the dates we wanted – Naushad. It ended up costing €50 for the two of us for the 2.5 hour street food tour and I can’t recommend it enough.. 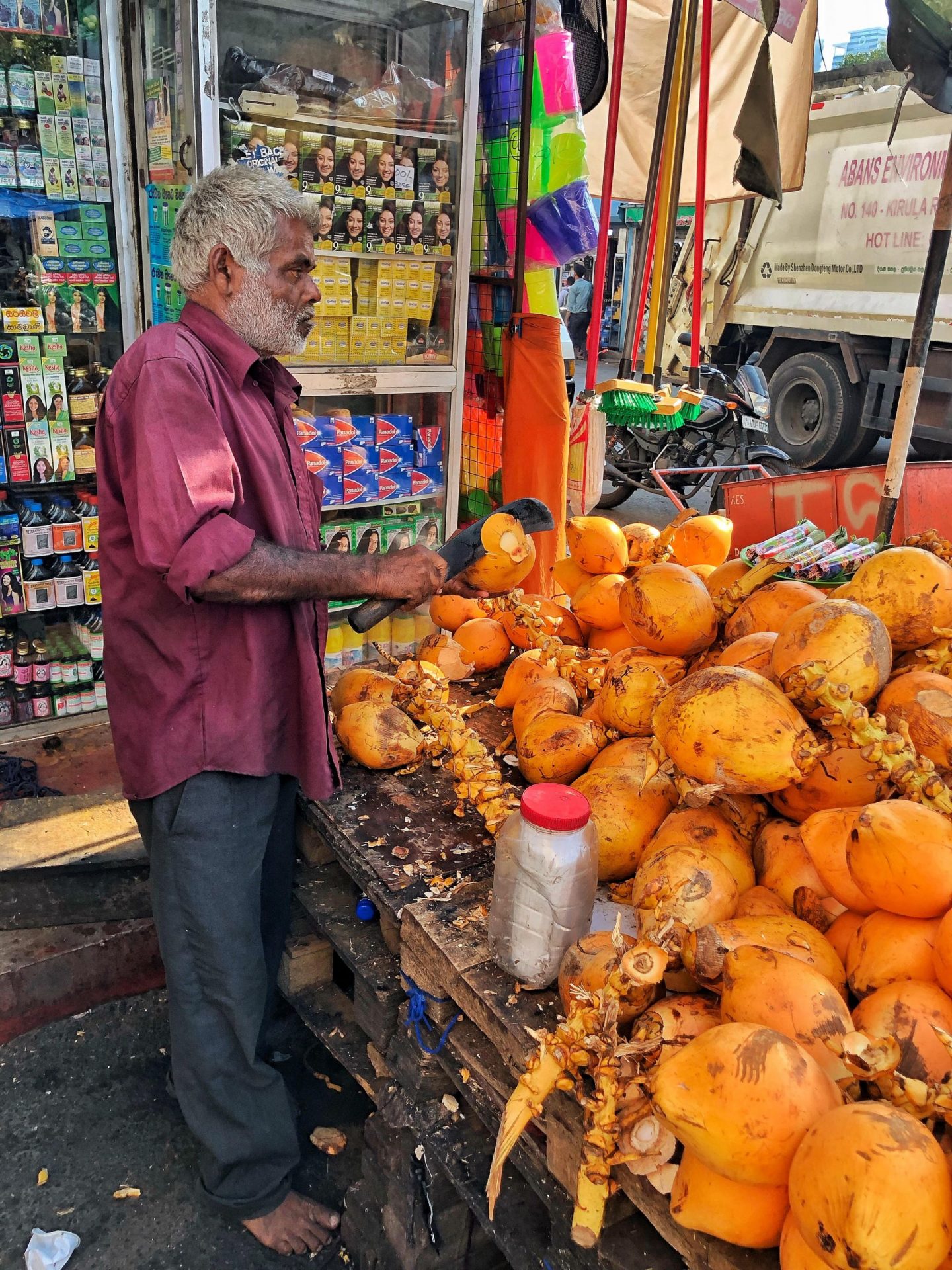 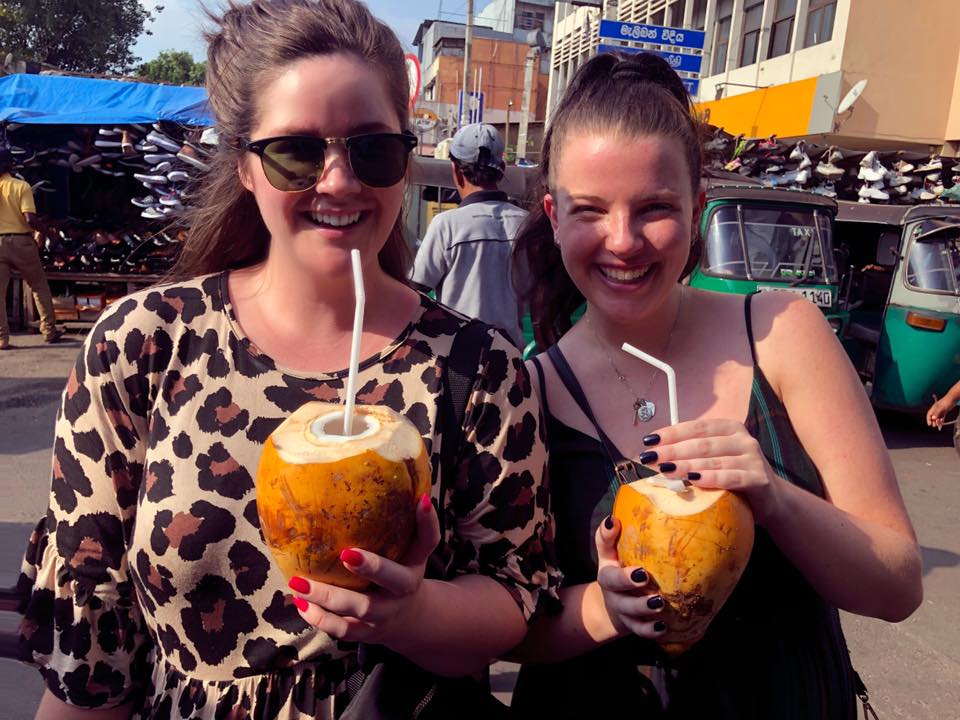 First things first, a King Coconut. This was actually one of my favourites of the holiday. I’m not a huge fan of coconuts, but these were really refreshing and as you can see they’re chopped right in front of your eyes!

We ate the coconut flesh too and it really wet our appetite! We had our Food Tour at 4 pm and honestly it was such a good time to do it. We had a decent breakfast that morning and we has gone for a power nap after our Tuk Tuk Tour (read about that here) so we were absolutely starving by the time it came to meet Naushad. It wasn’t too hot at that time either, so walking the streets of Colombo was that little bit more comfortable! 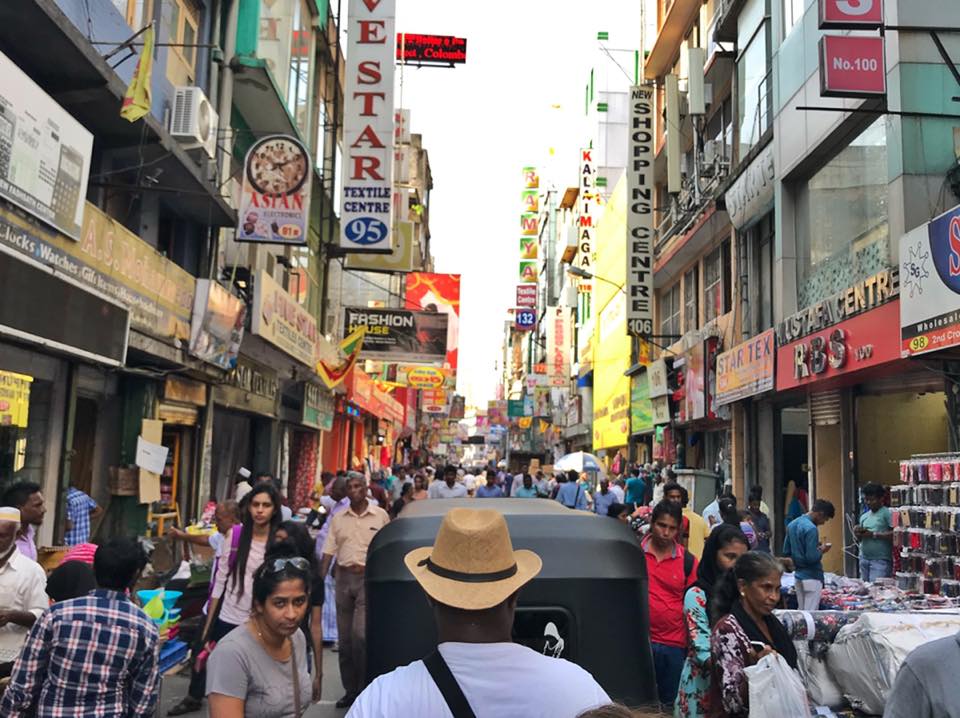 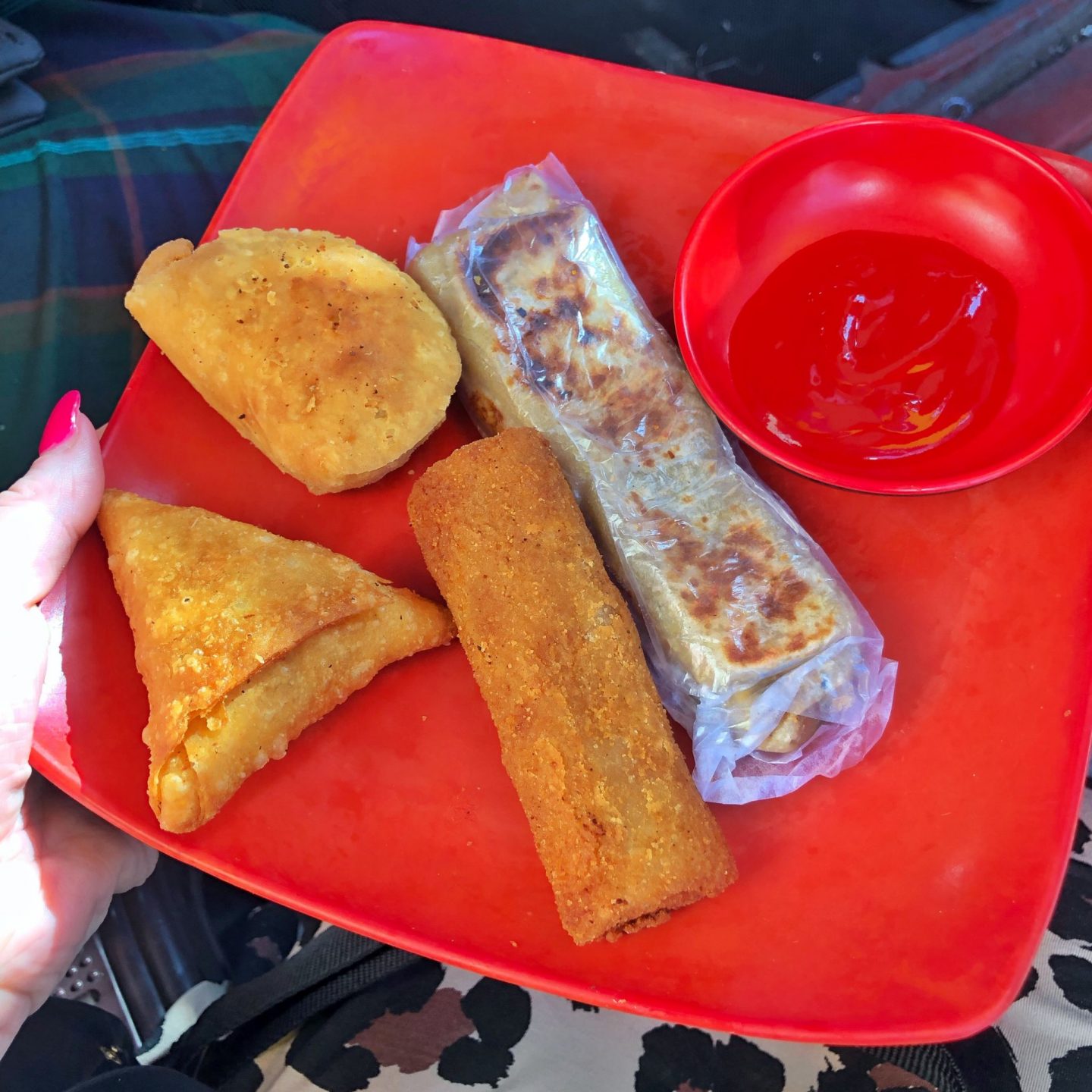 The next stop were traditional Sri Lankan Snacks. Before we left Naushad asked us about dietary requirements, so don’t worry if you’re veggie they’ll accommodate you! This was probably my favourite stop. Samosa’s, egg rolls etc etc. We absolutely loved these snacks. They weren’t too spicy but they certainly had a good kick.

We were given ample water too, so don’t worry if you’re not hugely into spice if you’re a little bit concerned about that. Walking wise we didn’t covered too much distance as everything was in close proximity! We just followed Naushad through out the busy streets of the bustling capital. 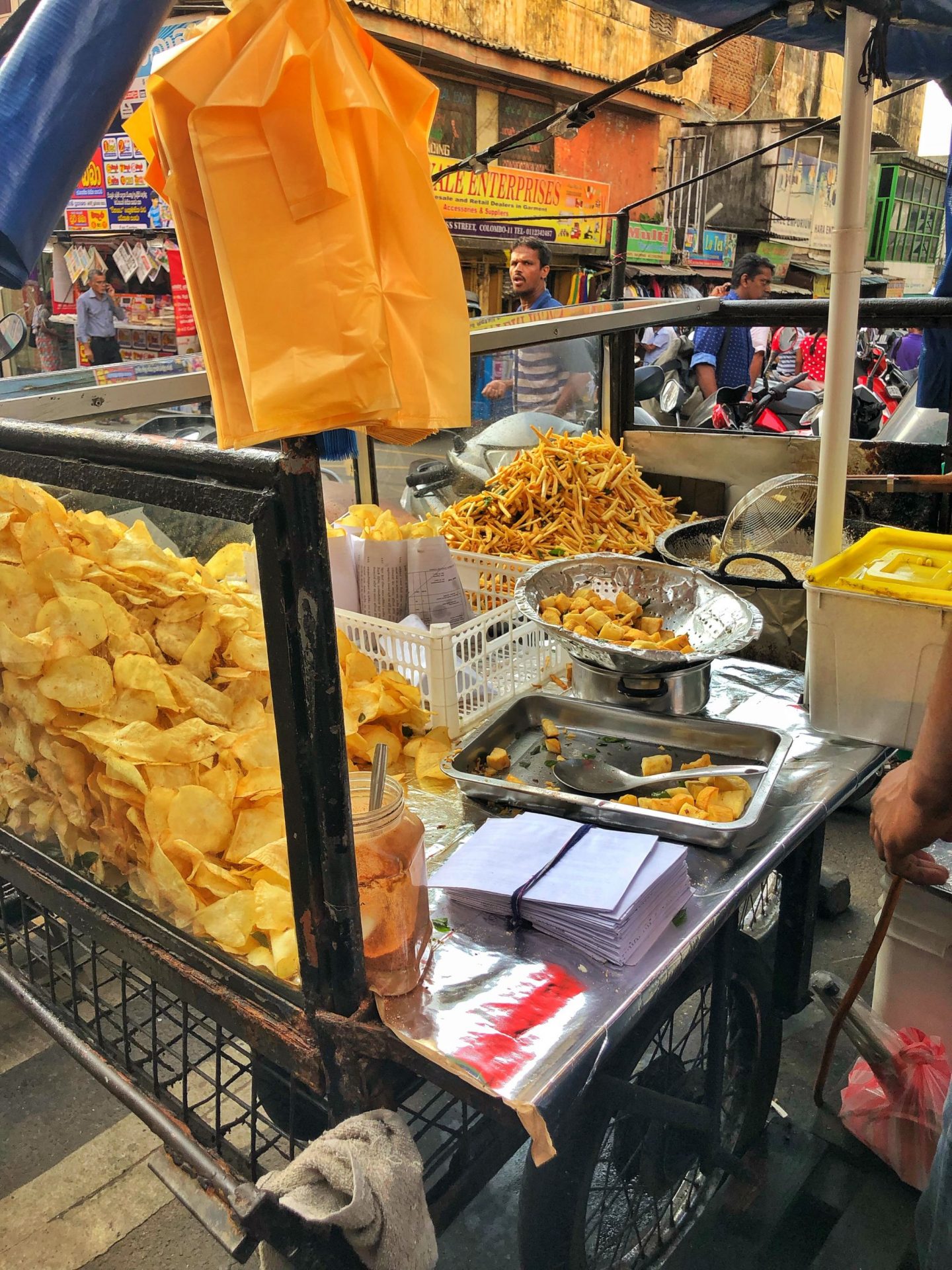 We walked along the busy streets of Colombo and encountered the Red Mosque Again, and lucky for us this time around it was open to the public, so we got to take a look inside. Naushad gave us a brief history, and it was on for more food.

We stopped off at this cart and these fried crisps were absolutely divine! They were flavoured with paprika and both Nicole and LOVED them – if you’re in Colombo regardless of a food tour, stop and pick up some of these – thank us later! 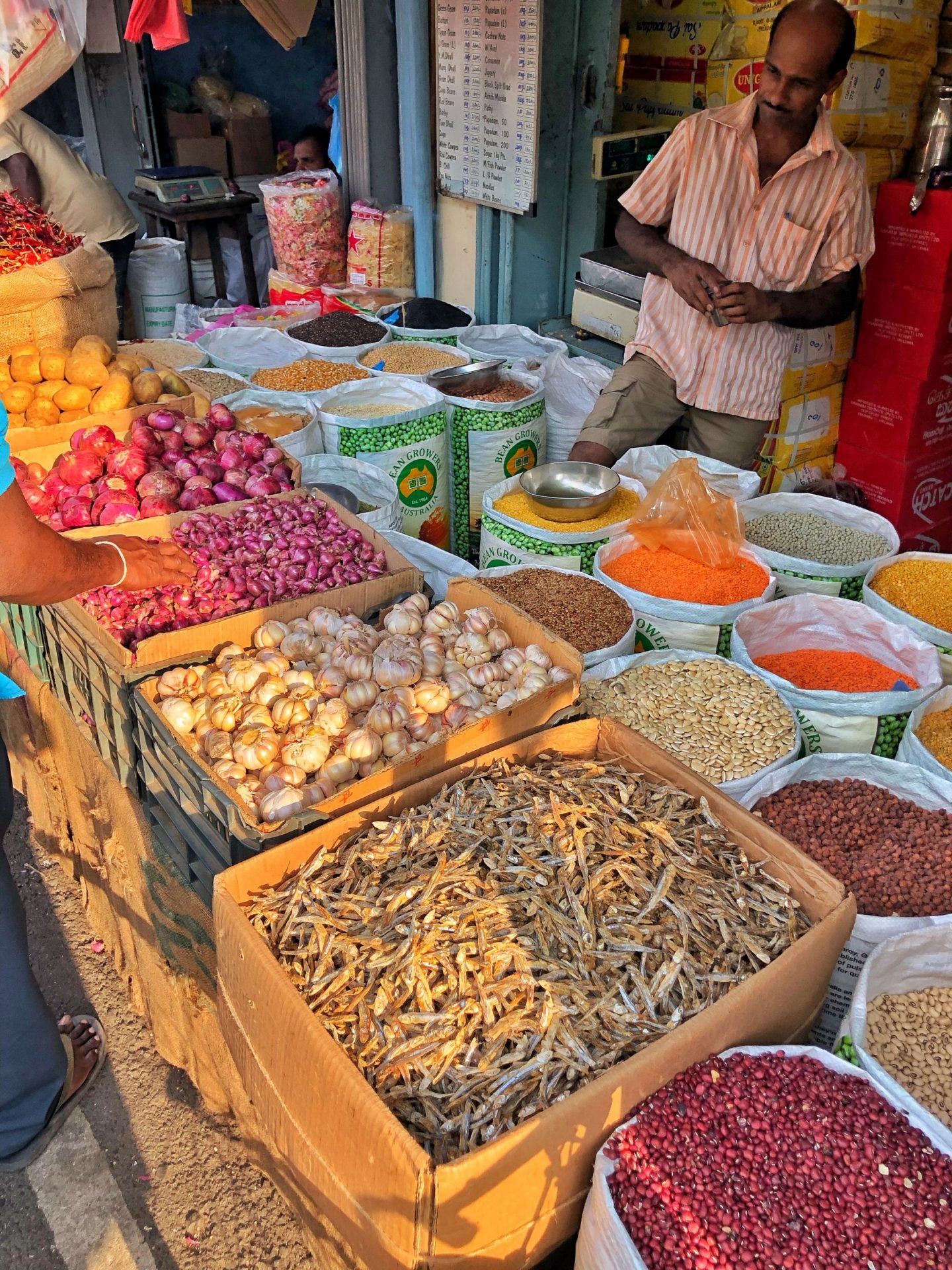 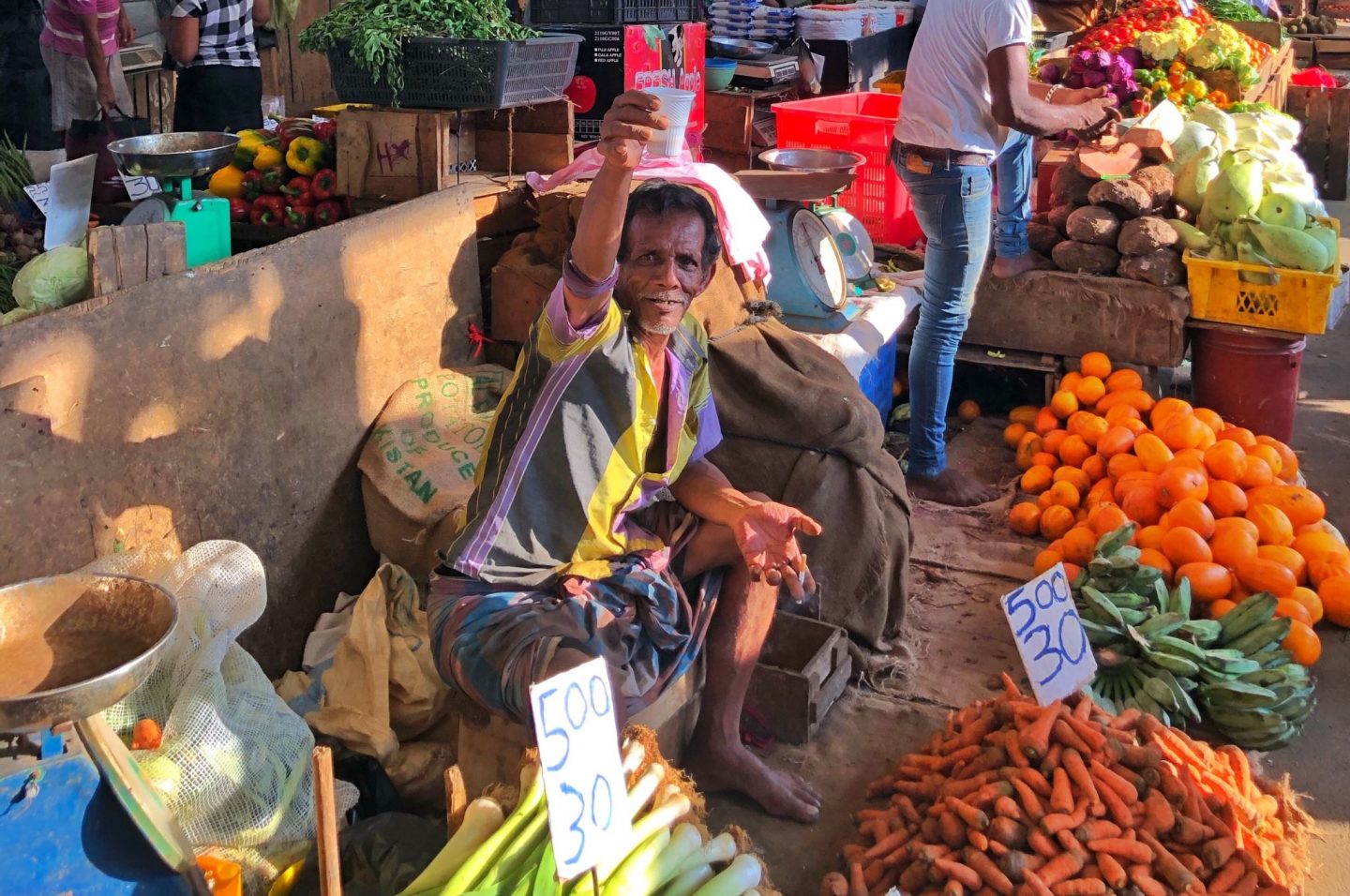 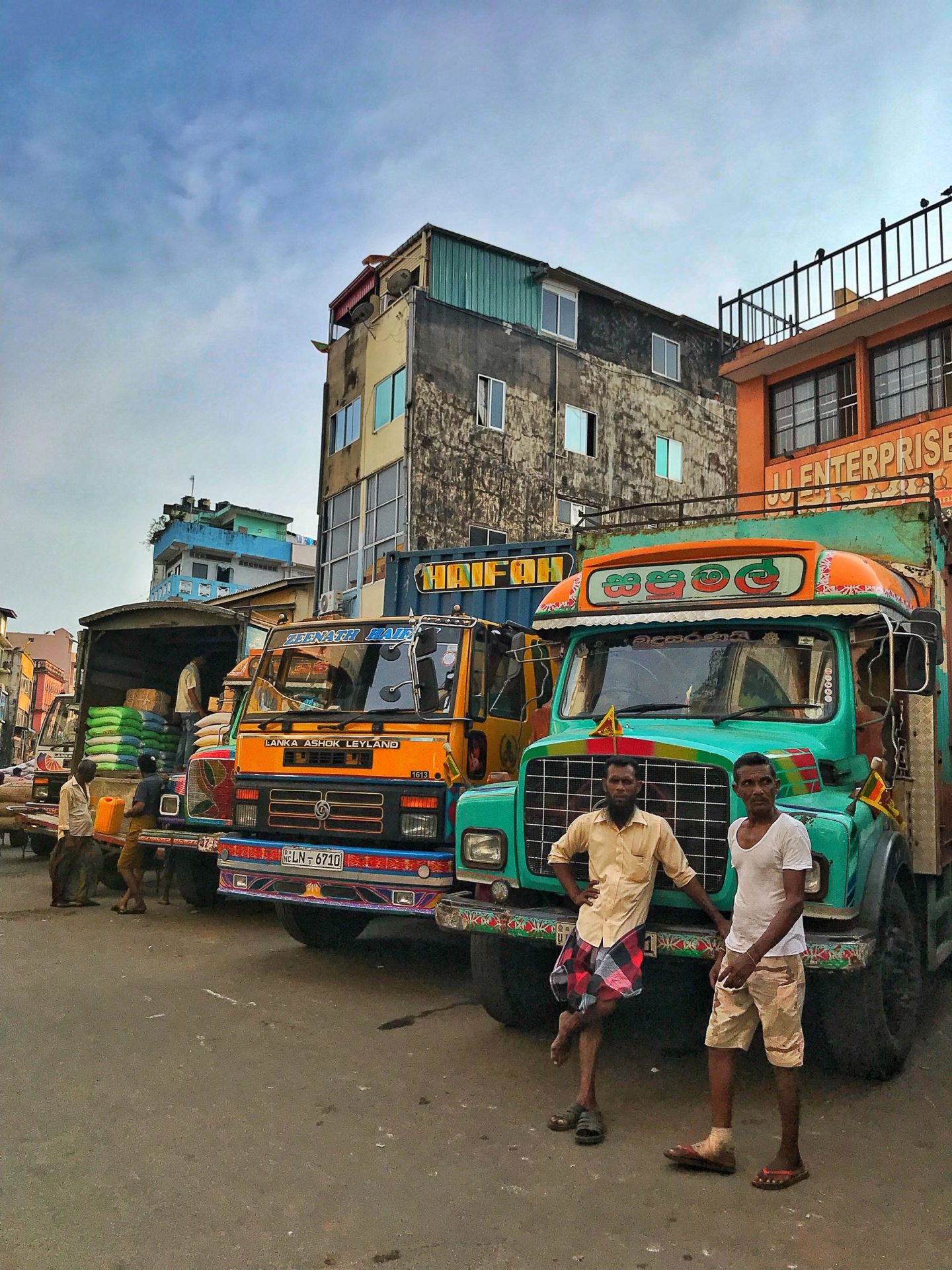 It was then on to have a walk through the Pettah Market. Naushad went through all the seasonal fruit and vegetables. The smells and aroma’s around the market made us hungry again (shock horror!) so Naushad took us to one of his favourite traditional Sri Lankan restaurants where we had a beef noodle dish and I tried my very first Ginger Beer which was a hit.

We sat in the lovely air conditioned restaurant for a little while chatting away, until it was time for desert – I’ll warn you on this one, come hungry! Was wandered down the street and tried and tested 3 different bananas! Yellow, Green and Red. My favourites were the Green if you’re wondering. 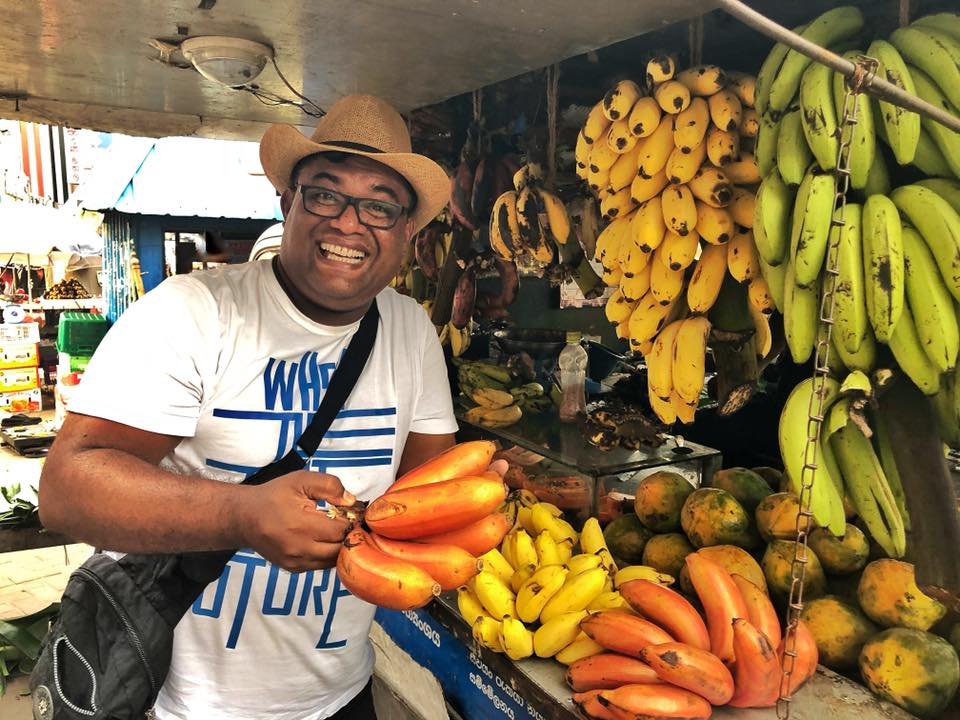 After we left, Naushad offered to drive us back to our accommodation which we were only thrilled to accept as at this point we were both absolutely exhausted. We told him our rough plan for our stay and he gave us his phone number in case we needed anything.

Later that night we were wondering how we’d get to Kandy the next day. We had an idea and texted Naushad to see if he knew any drivers. Within 10 minutes he’d sorted out our driver and was told Ishan would be outside our hotel at 9am ready to take us the journey! We ended up with Ishan for 2 whole days in the end! Ishan and Naushad both in turn helped organise drivers for every part of our stay, making everything so effortless for us and 100% made our Sri Lankan trip so easy and enjoyable!

Overall if you’re looking to book a STREET FOOD TOUR OF COLOMBO book Naushad, you won’t be disappointed!