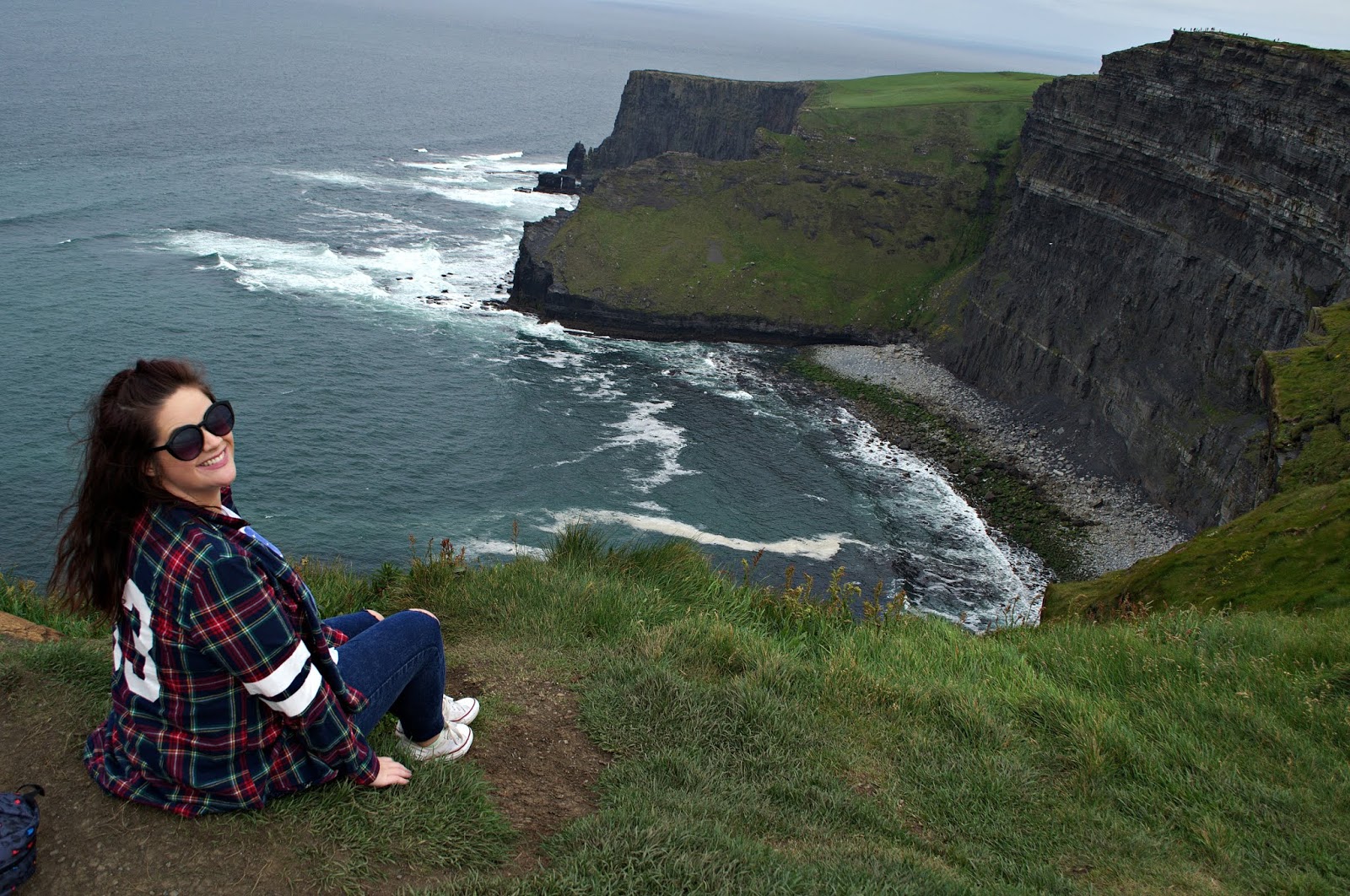 The great thing about travelling is the people you meet. I met the lovely Mallory (Check out her fantastic travel blog here) in Australia and when she told me she was coming to Ireland, I was excited! We booked a tour to take her to the Cliff’s of Moher on Thursday and boy did we have fun. We booked our tour with Irish Day Tours.

I met Mallory at the ungodly hour of 6.30, armed with my backpack and a bag full of Irish snacks to keep us going throughout the day. I felt like a right Irish Mammy. We hopped on the bus and chatted for yonks about our Contiki trip and had a good ‘ol laugh! It’s great catching up with people who were there and experienced the same thing. Anyway we got settled in on the bus and it left reasonably on time and it was out of the city and into the countryside… 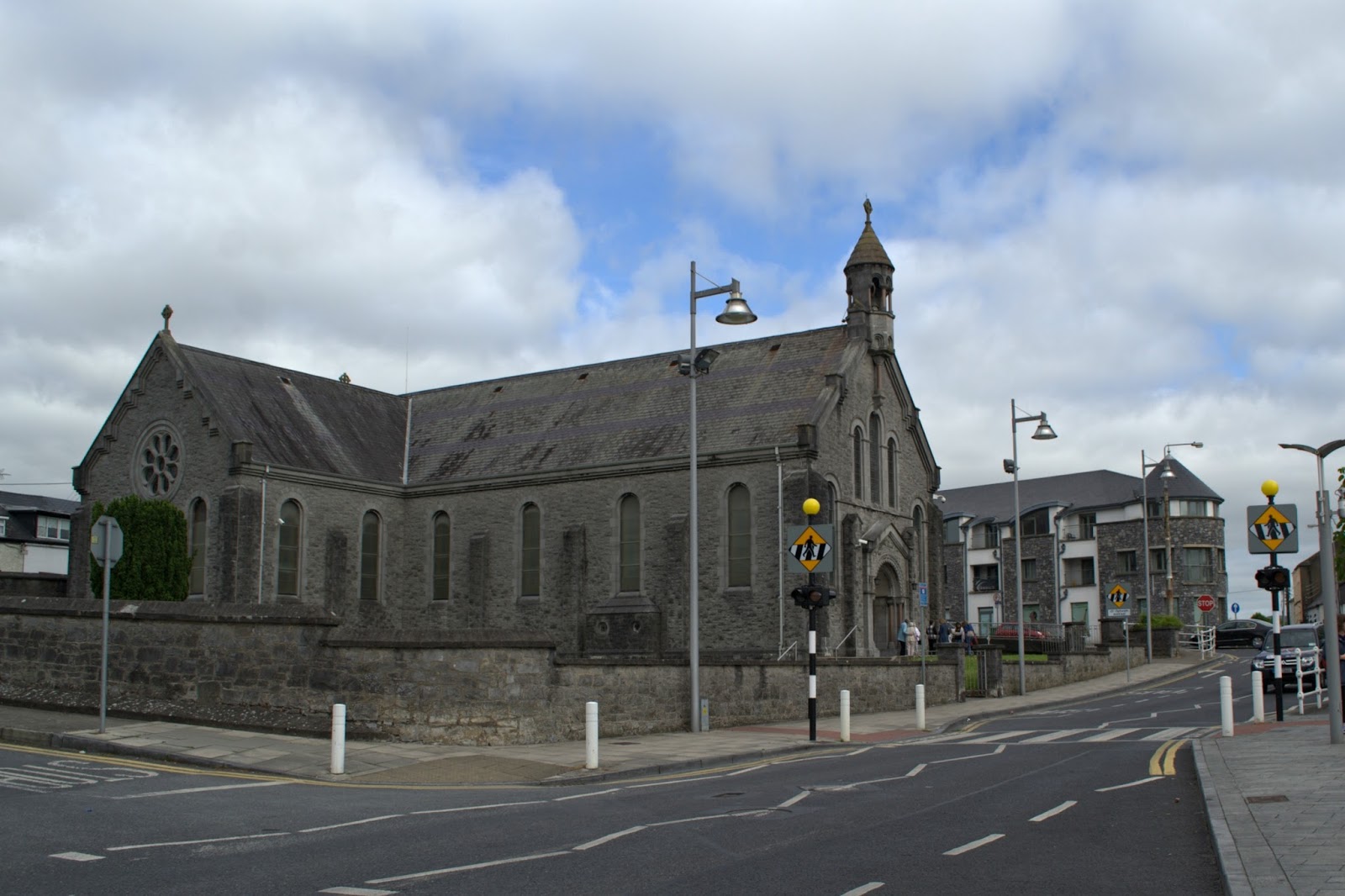 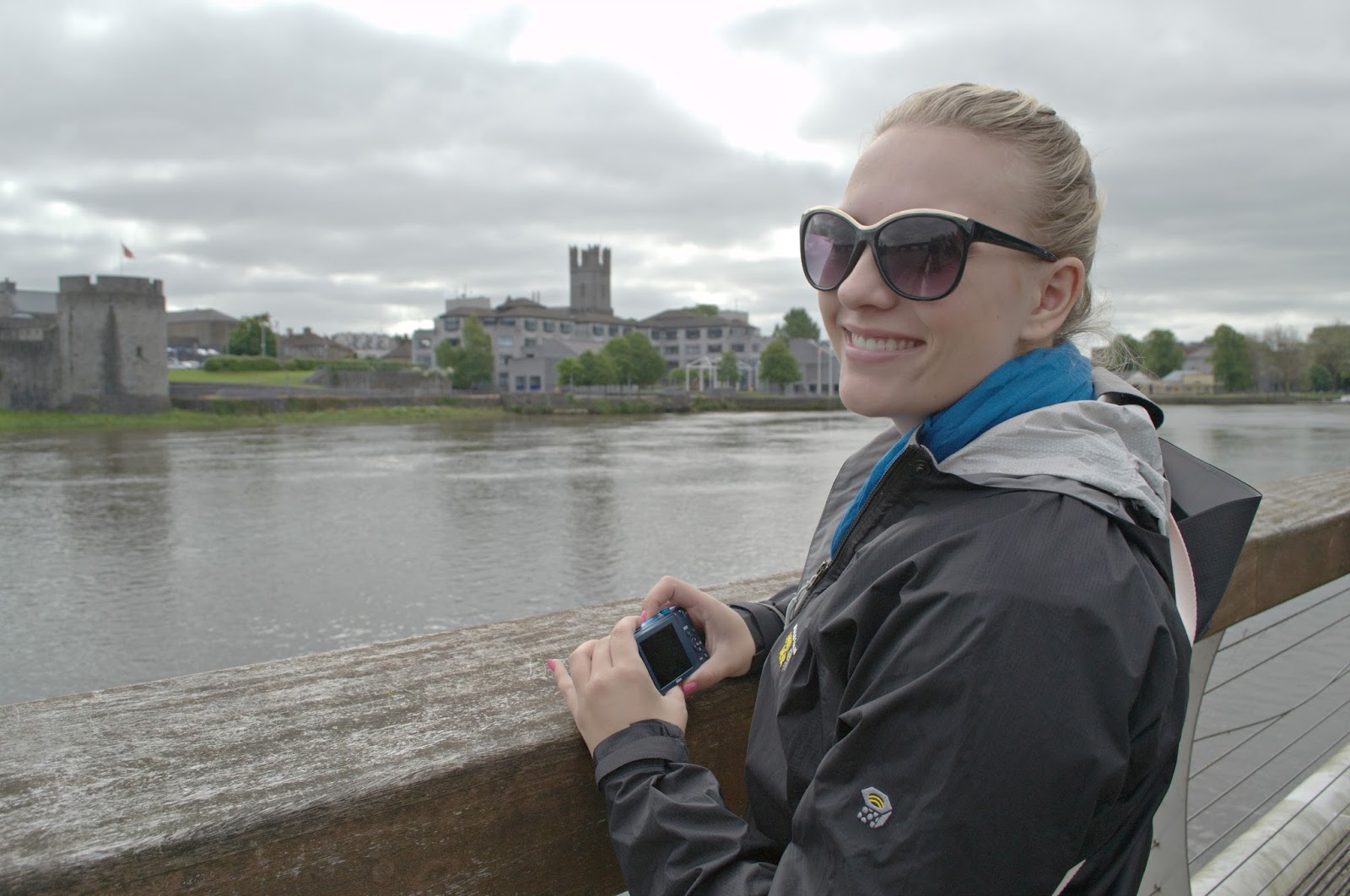 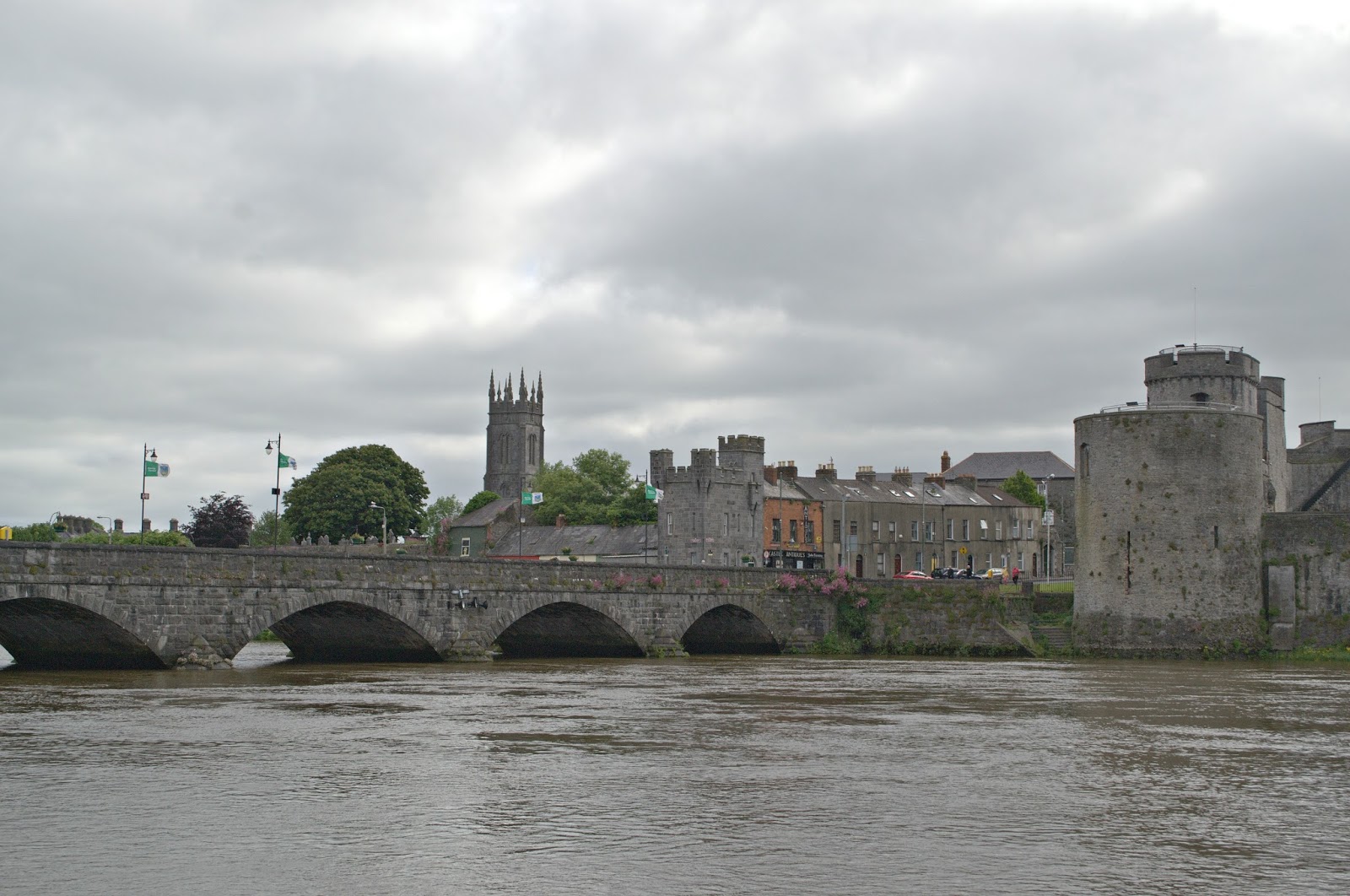 First stop Barack Obama Plaza in Moneygall. I’m already acquainted with this gem as it’s about 25km from my Grandparents in Tipperary. We stopped for a quick bathroom break and we stocked up on some snacks for the road! We stopped off in Limerick for about 15 minutes to see views of King Johns Castle and also stopped at the Treaty Stone you can get an insight into the Irish/English battle. Our tour guide Liam was very informative coming into Limerick and kept us alert and engaged telling us some stories of the battles between Ireland and England. It was a brief stop,but it wasn’t the main attraction of the tour. It was back onto the bus were me and Mallory got stuck into some snacks and headed towards the beautiful Cliff of Moher. We both dozed off for awhile and were woken up when we got to Doolin.

We arrived at the cliffs about around 11.30. We wrapped up in layers as it was typically Irish weather. It was windy and a bit cloudy but we made the most of it and headed towards the main attraction. It’s jam packed full of tourists but we walked a bit farther afield so we could enjoy the cliffs. Now I can 100% understand why they are a tourist attraction here in Ireland, even when the weather is kind of shite, it’s still beautiful, breathtaking actually, but I’ll let the photo’s do the talking on this one… . 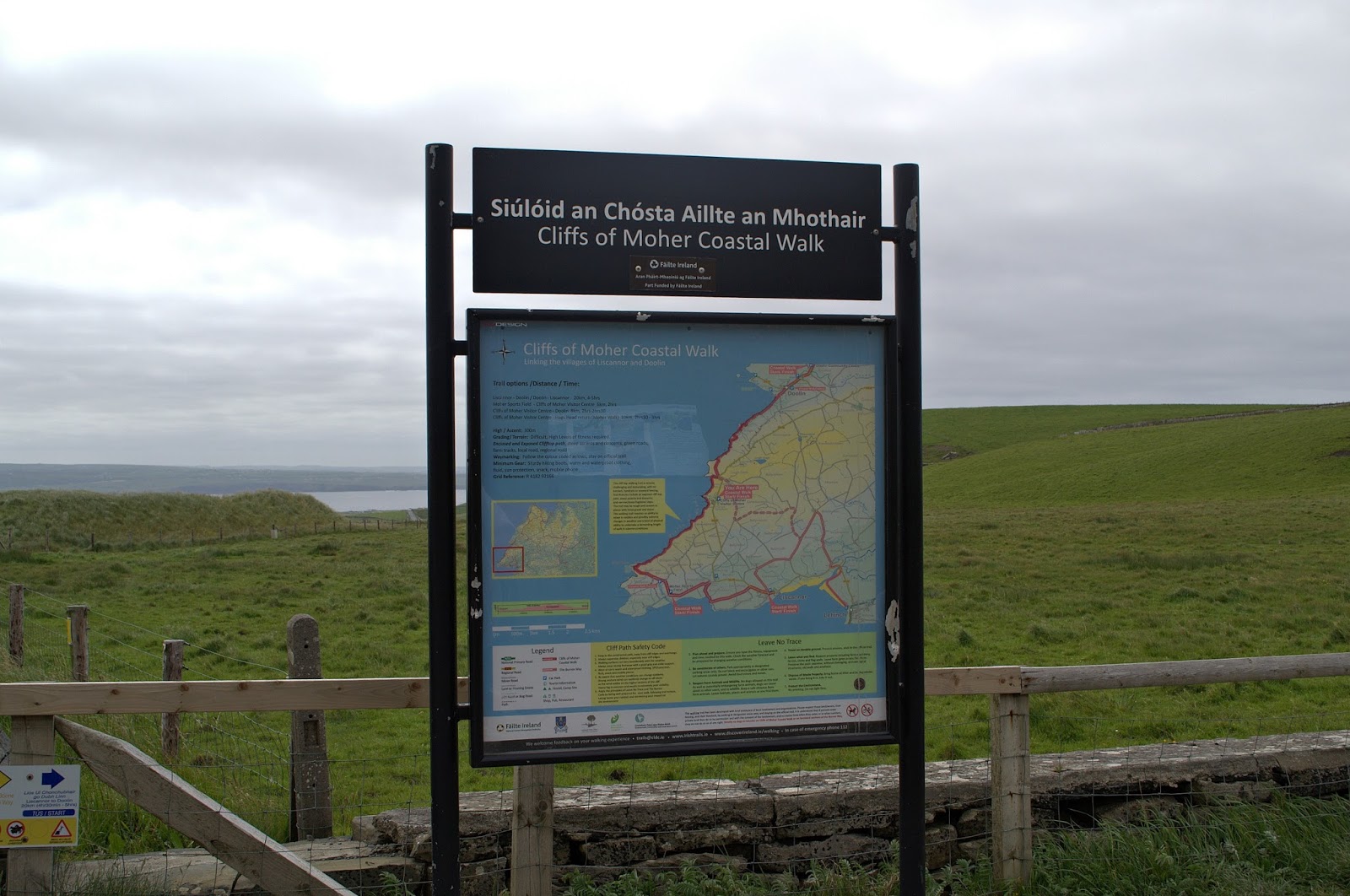 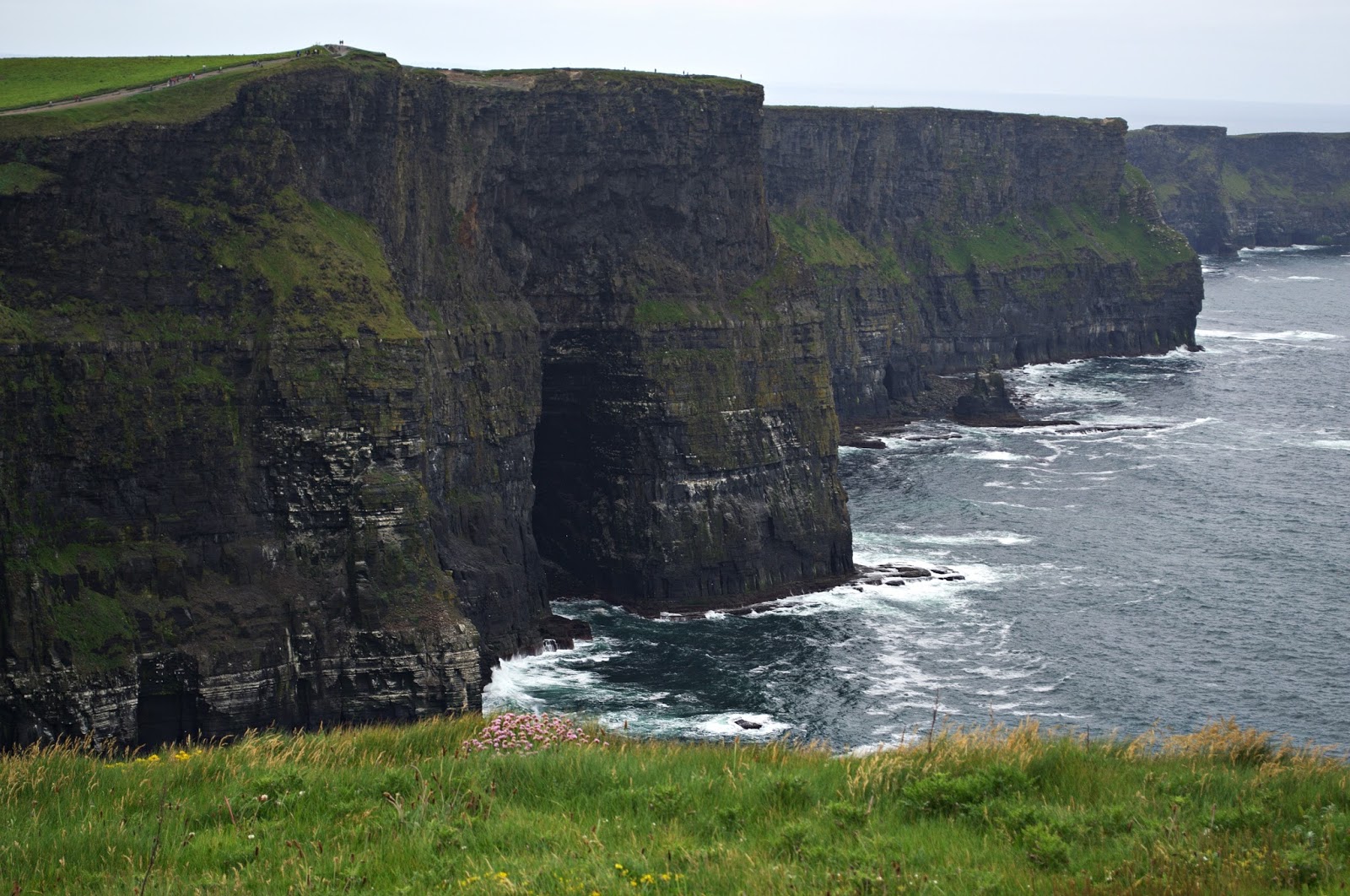 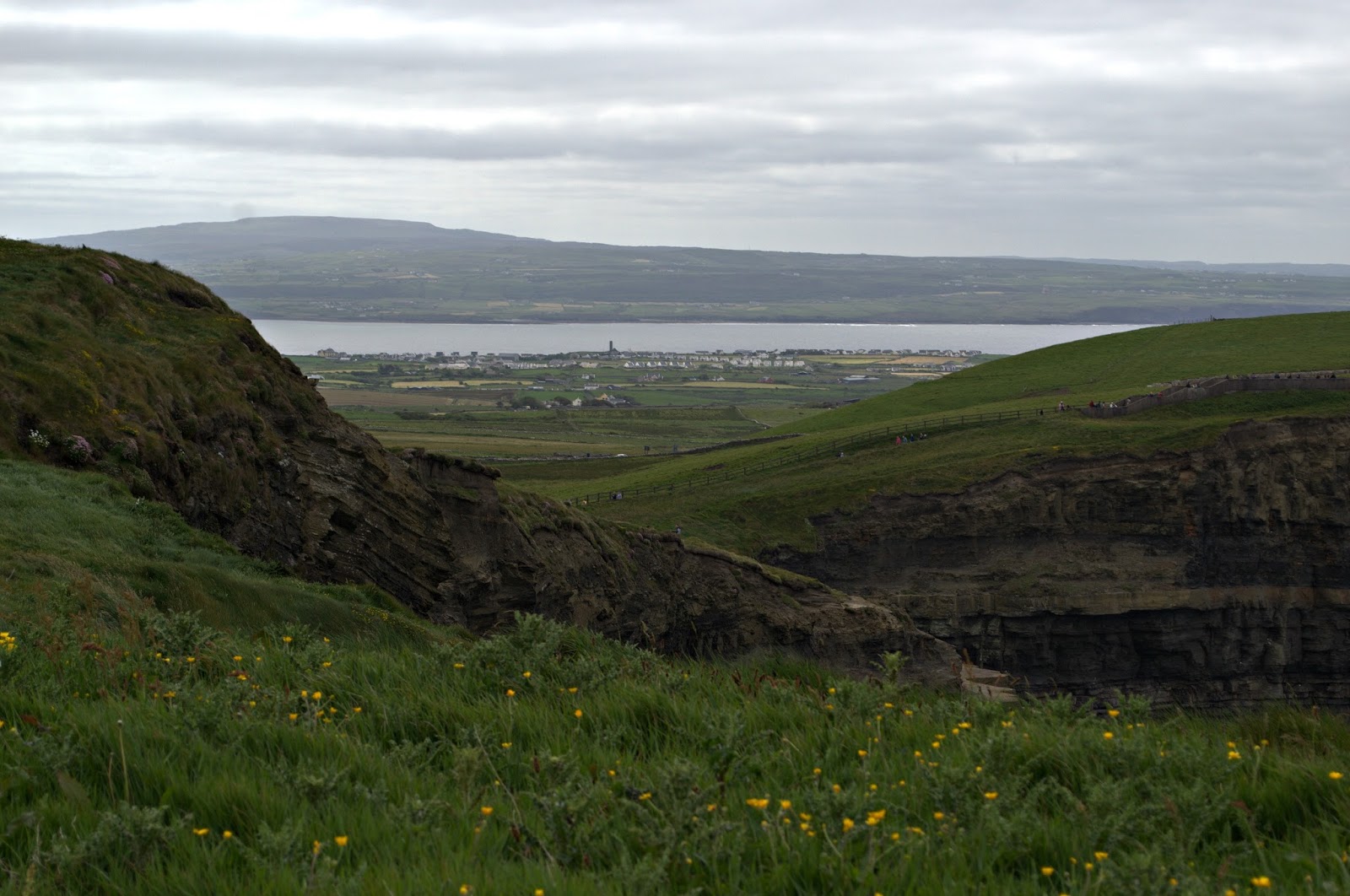 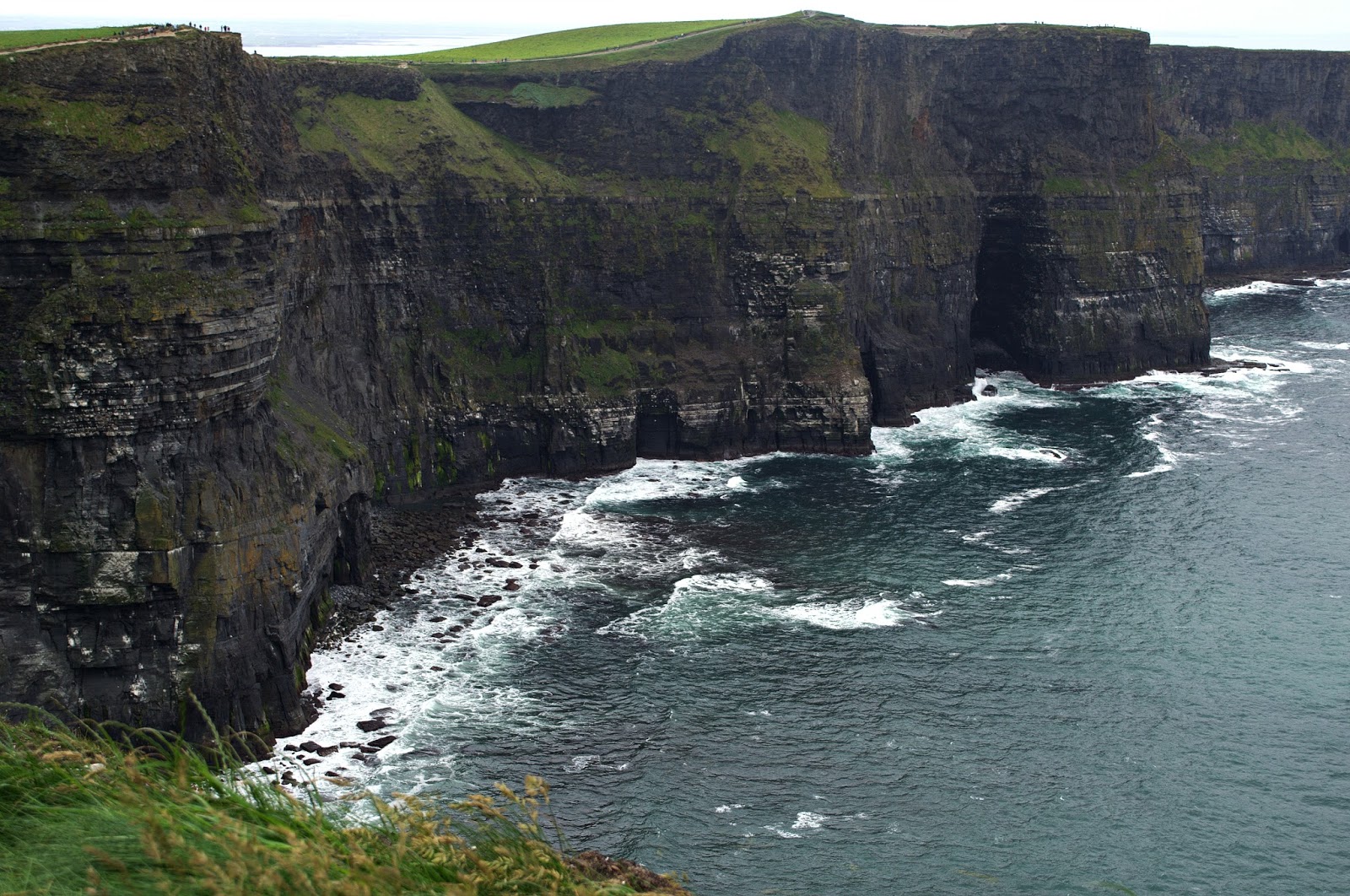 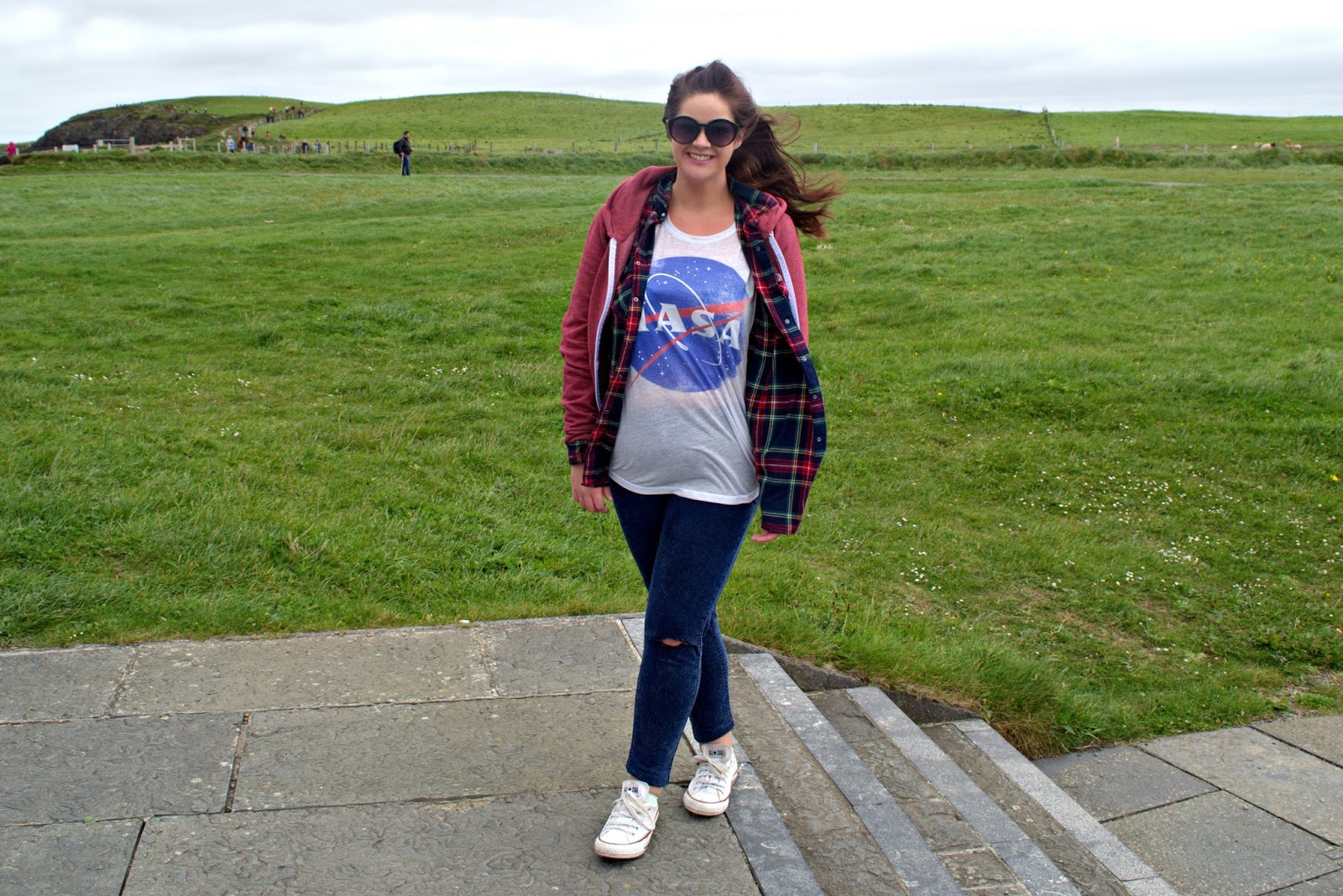 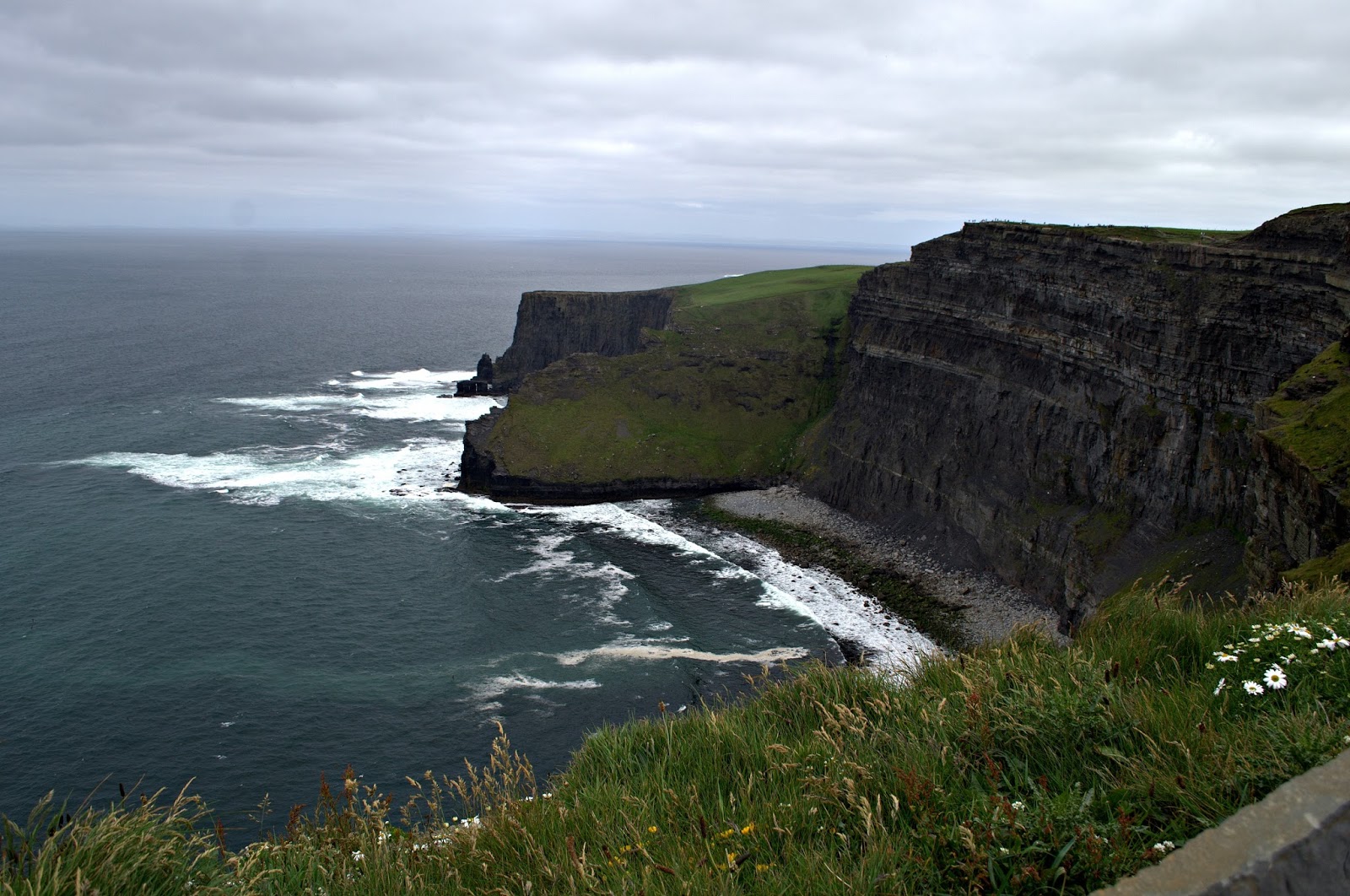 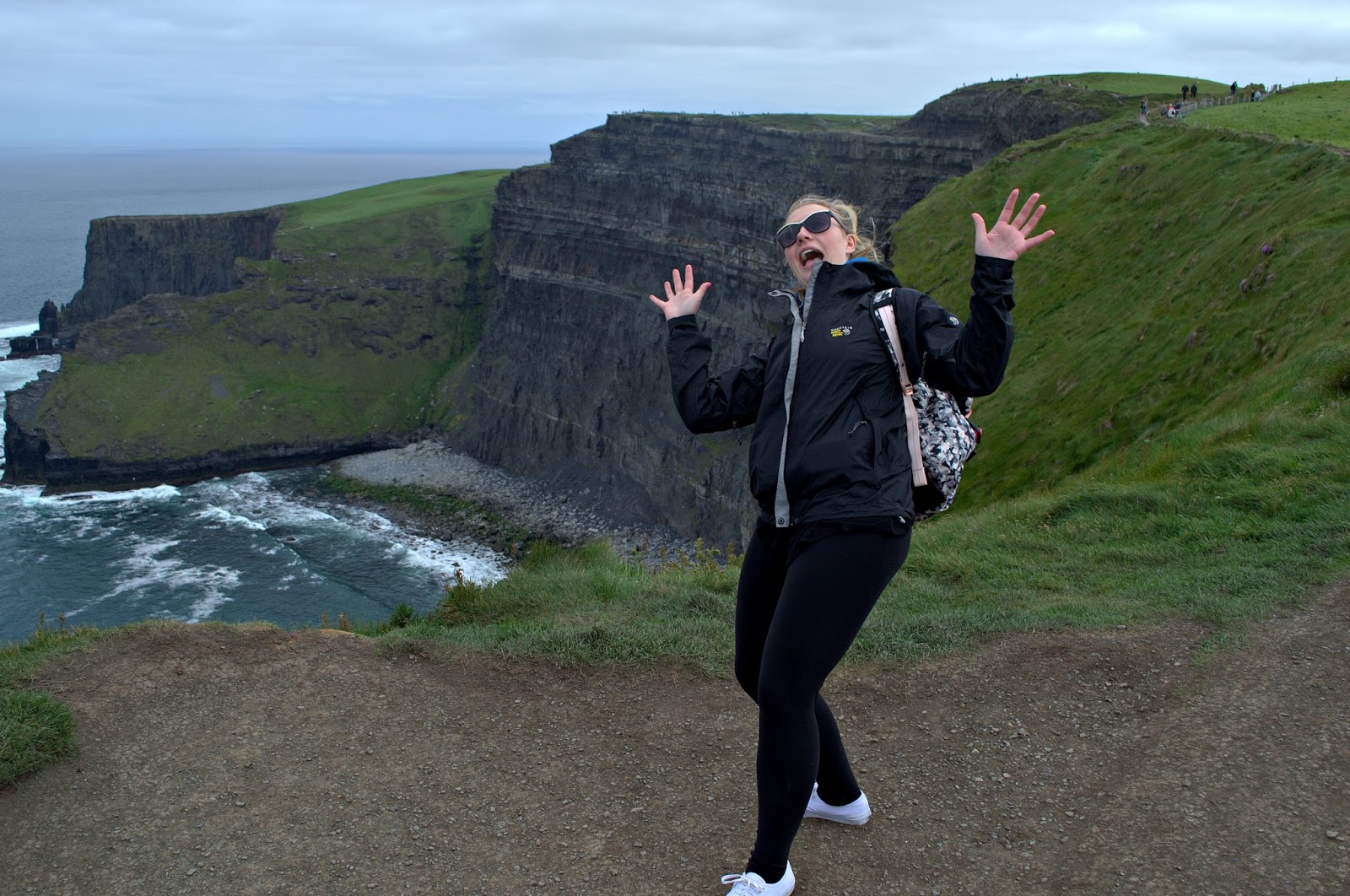 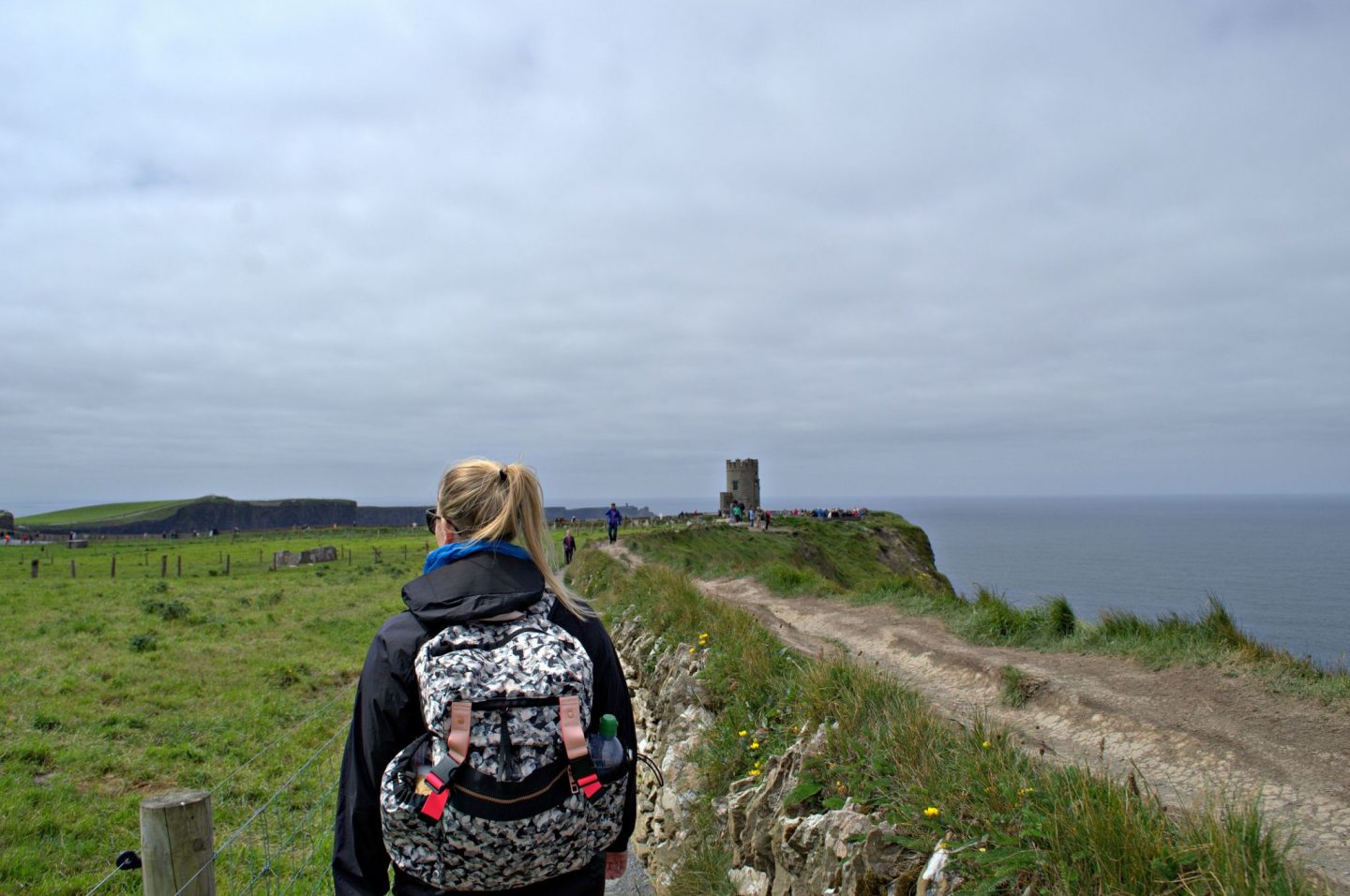 After an hour and a half, we walked back to the bus and after waiting for a good 20 minutes for the rest of the bus to come back (seriously we were on a bus tour the whole way down Australia and only a handful of times people were late and that was late by like maximum 5 minutes. Although you did have a forfeit if you were late and that was to eat some Vegemite so that may of persuaded folks to be on time!) Anyway we eventually made our way to Doolin for a spot of lunch in Fitzpatricks Pub. Mallory had a beef pie and I went for the roast turkey. After being substantially stuffed we went back on the bus. We again drove for about 15 minutes we stopped off again at the Burren for a few photo opportunities!

After the Burren we made our way to the 12th Century Corcomroe Abbey. The sun began to shine and our tour guide gave us some interesting facts about the Abbey. Mallory even got a photo of a skull! Corcomroe Abbey is still being used with the last burial only being about 6 weeks ago. It’s so old and beautiful, it’s hard to believe that it’s still being used to this day. We were then free to have a quick look around, got some photo ops and then it was back on the bus. Me and Mallory felt like we were back on Contiki! It was then onto a nice little surprise a chocolate factory. We arrived at Hazel Mountain Chocolate and I was literally like Augustus Gloop! It’s an award winning Irish Chocolate factory and after having a little taste I can understand why! 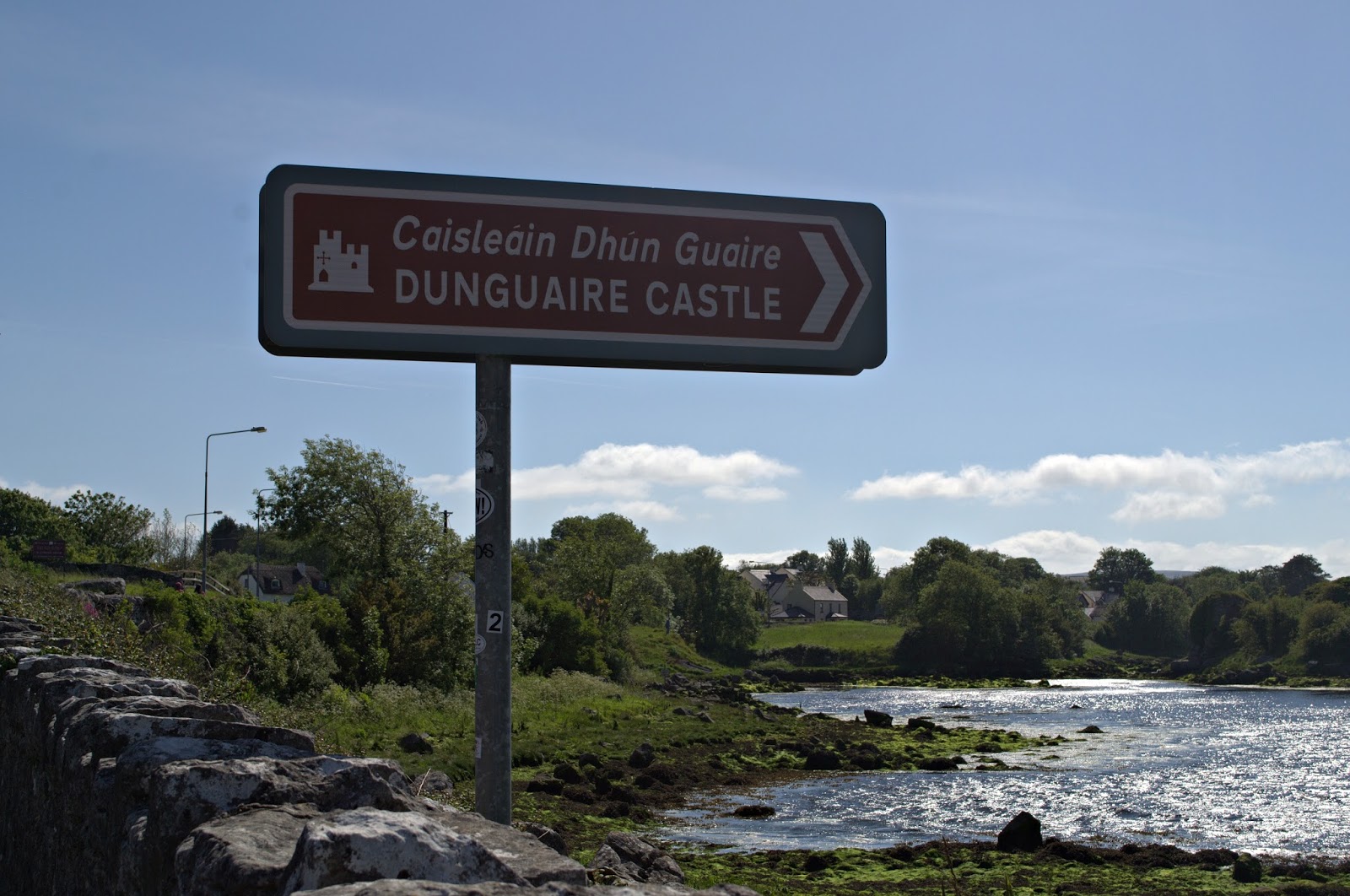 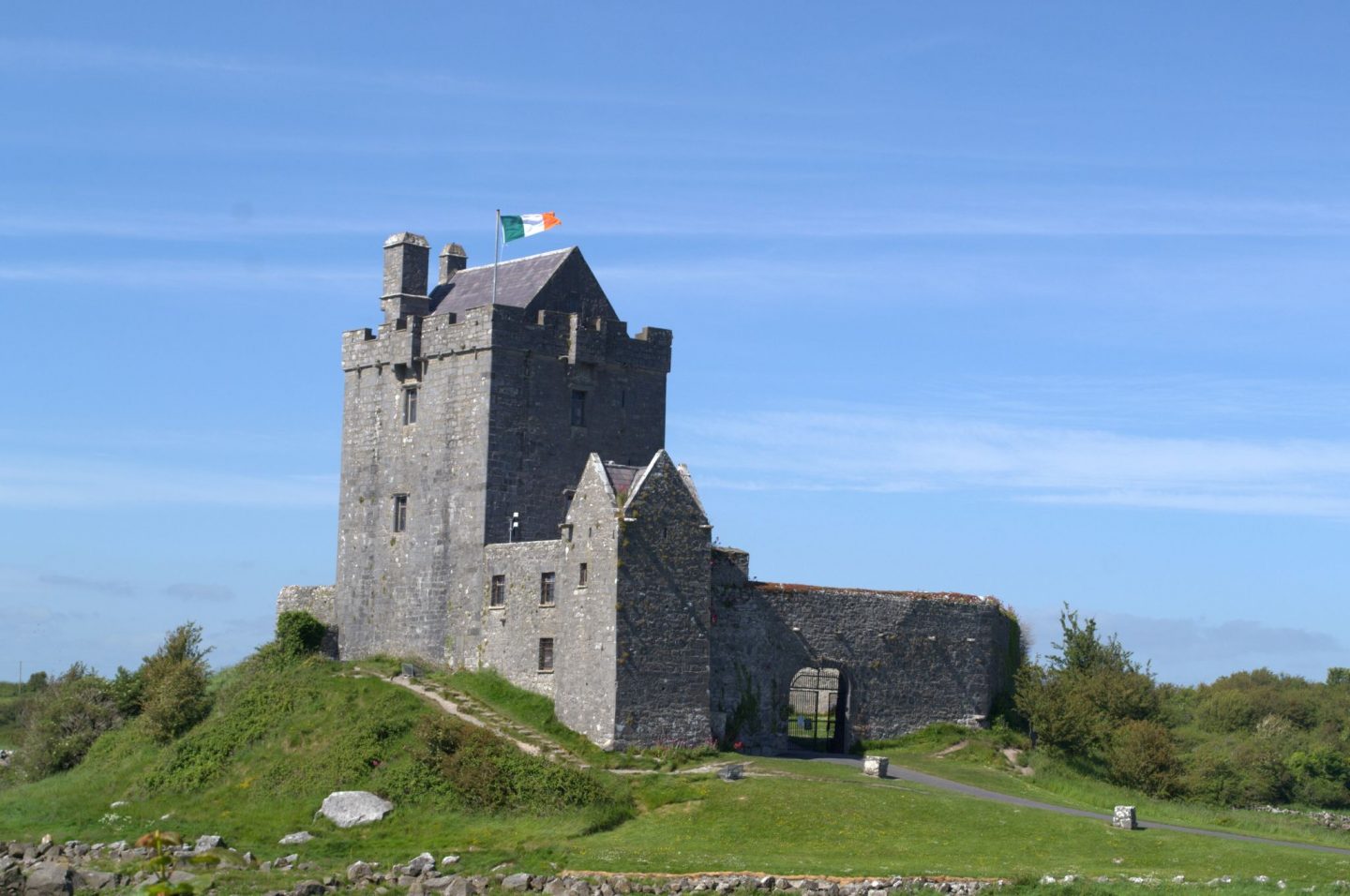 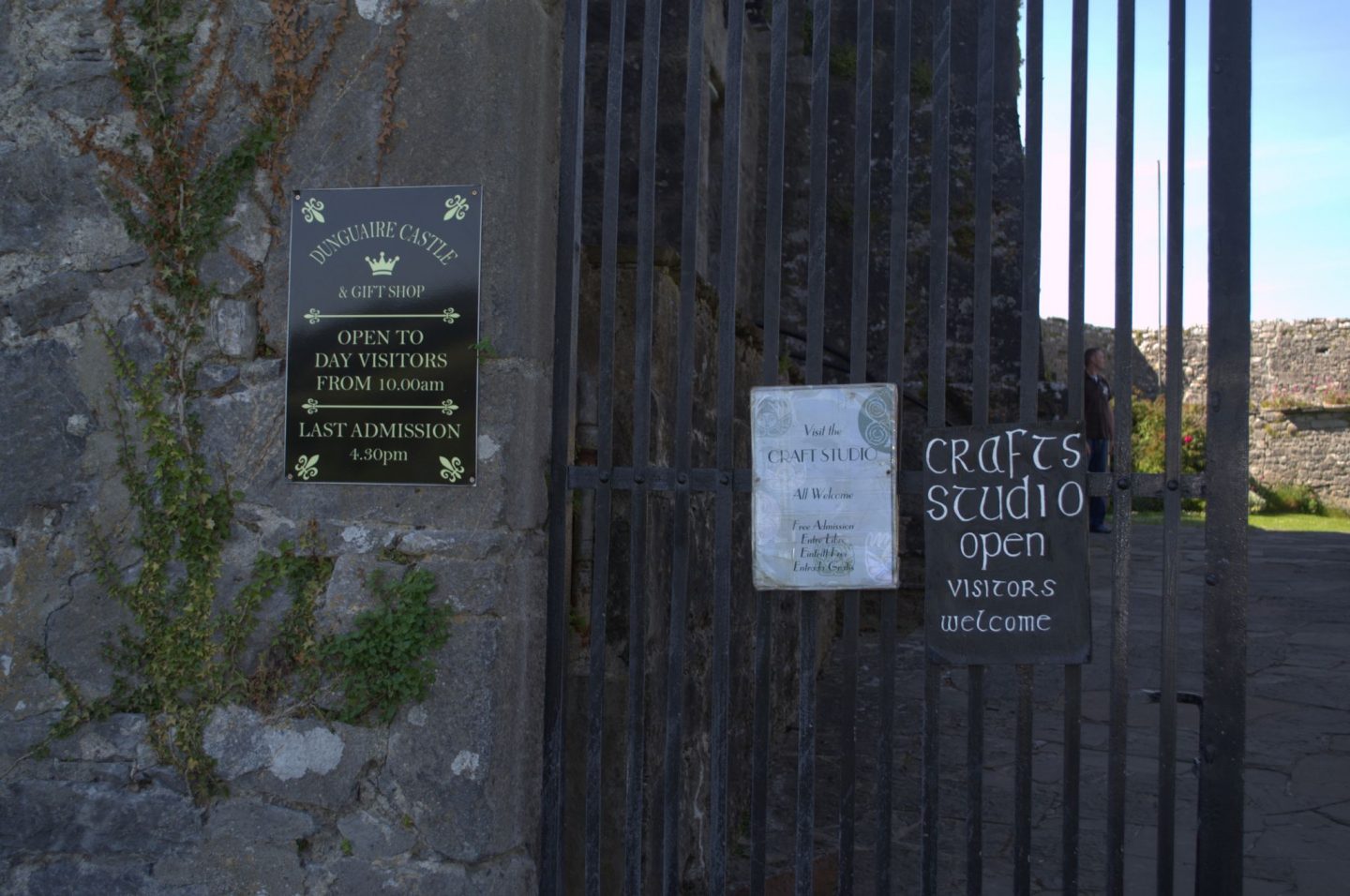 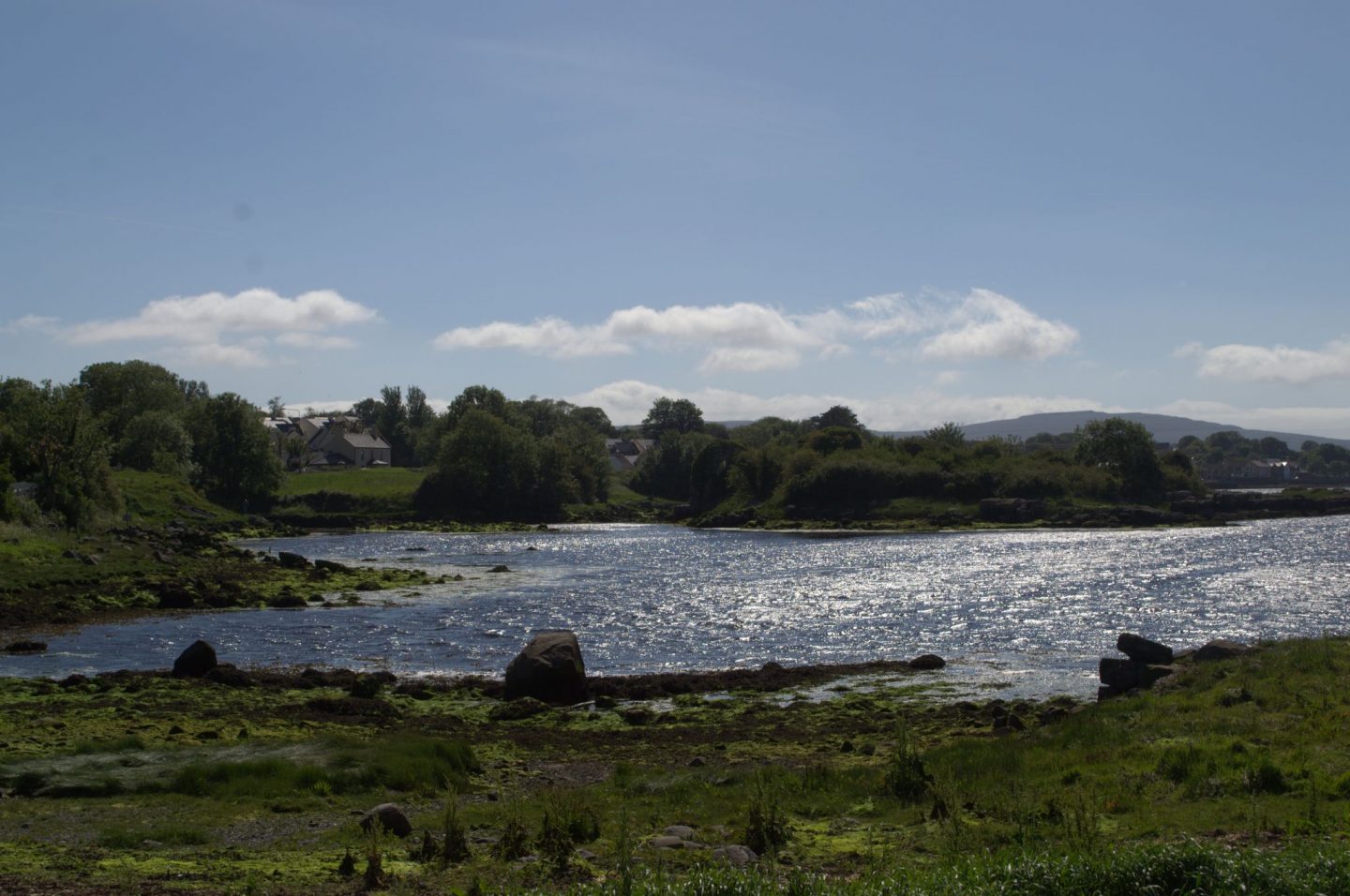 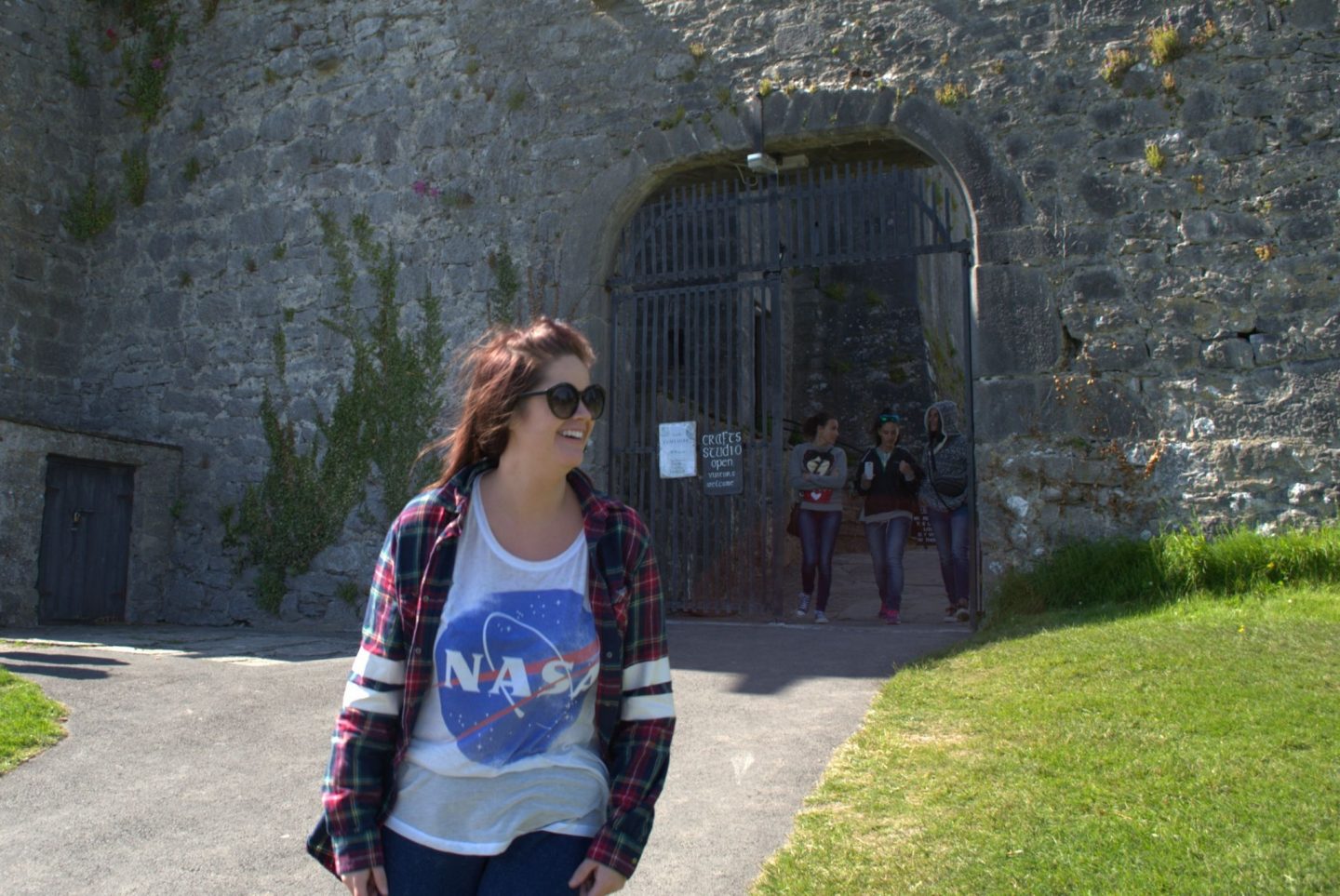 We then made our way for our last stop of the tour which is the beautiful Dungaire Castle located in Kinvara. We got some lovely photo’s and enjoyed the sun that has popped out to say hello again! We had about 20 minutes to have a look around, which was more than enough time to see it and to stretch our legs before the long drive home. We took some funny pictures and then got back on the bus and cuddled up with Mallory’s blanket. I brought some Irish snack foods for us to snack on and we both fell into a sugar induced coma, only waking up in Einfield when Liam kindly offered to stop the bus for a few of us that needed to use the bathroom and get some snacks for the last leg home. I want to add that the bus is comfortable and is very nap worthy! 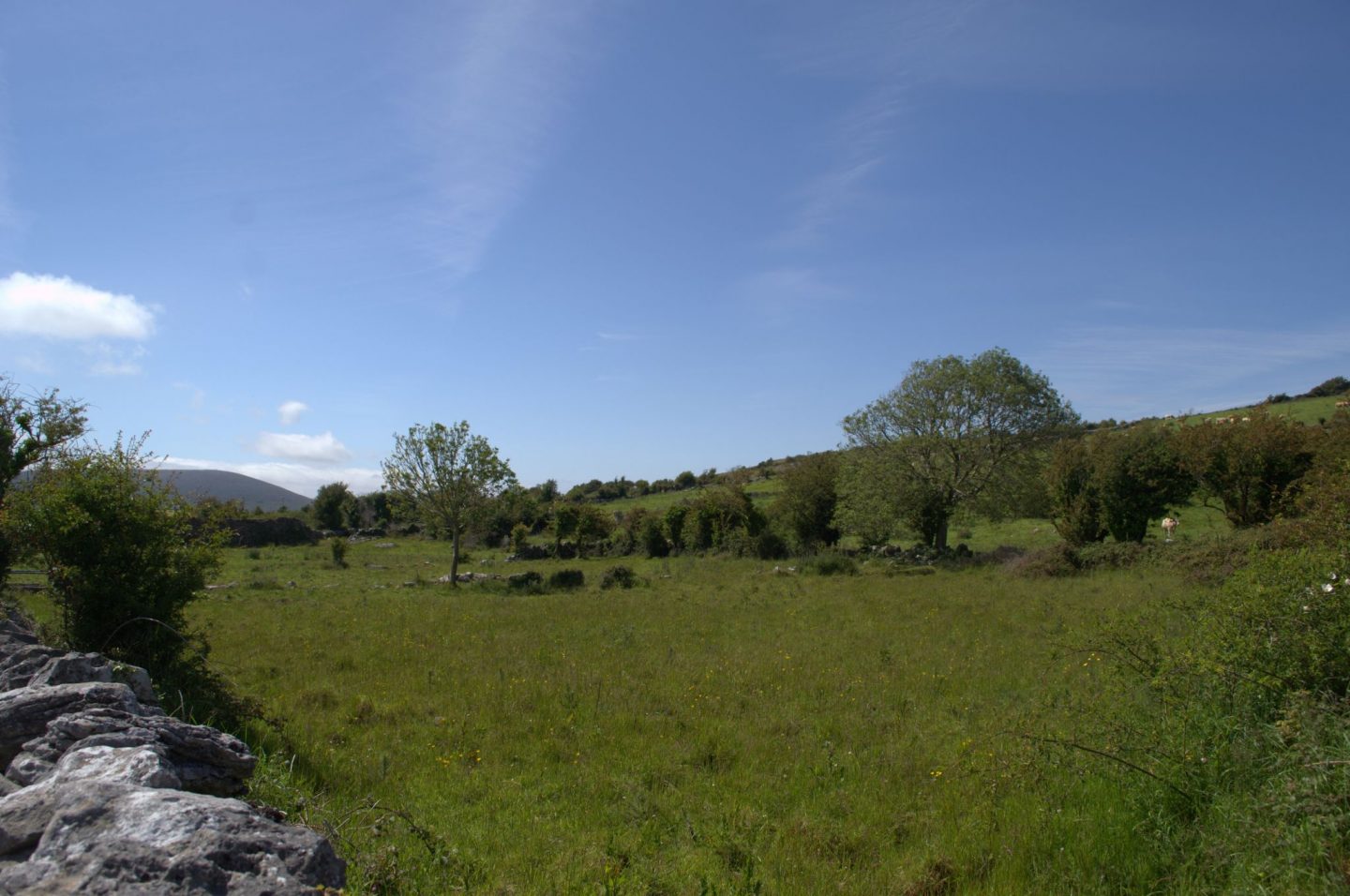 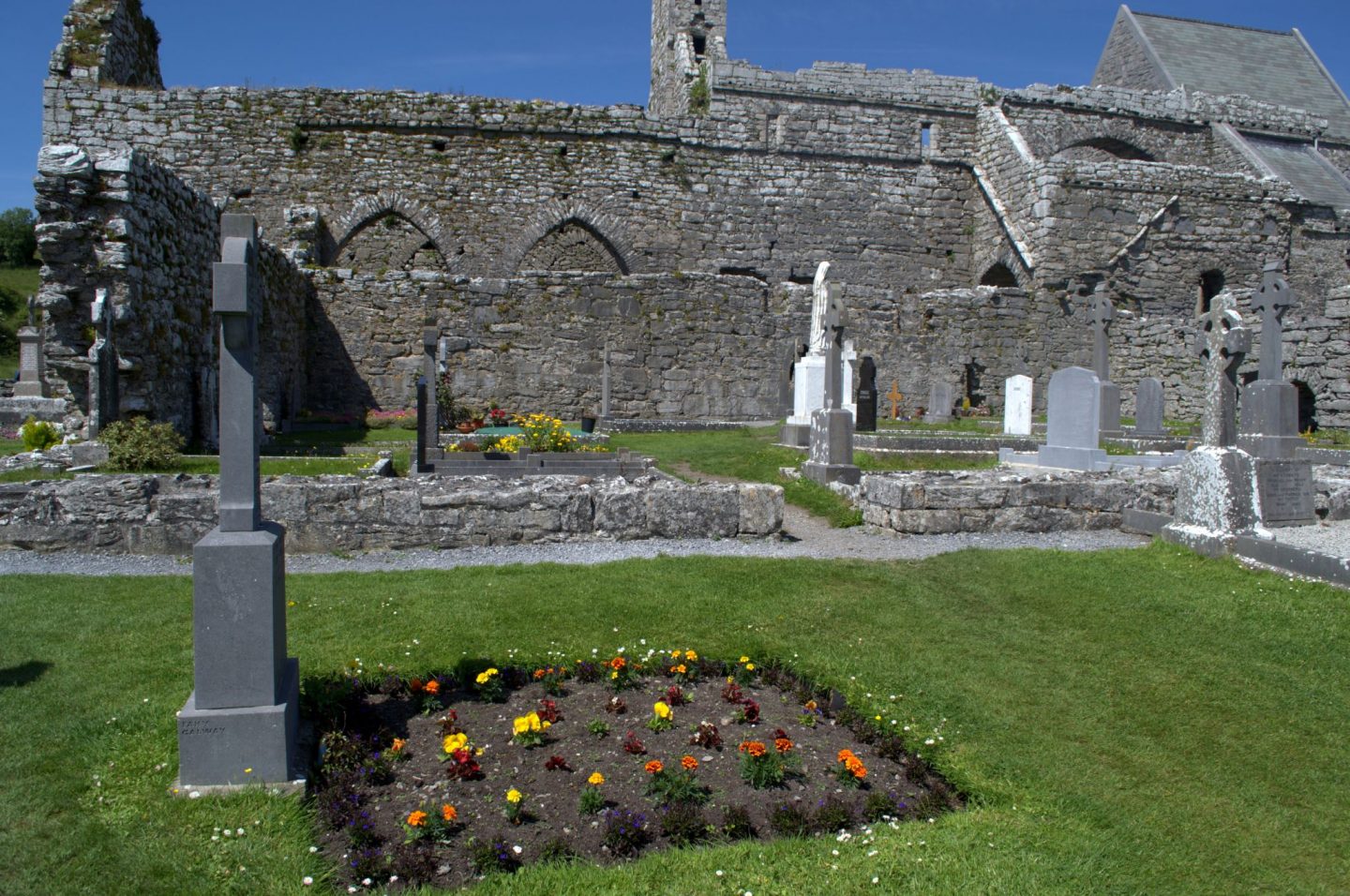 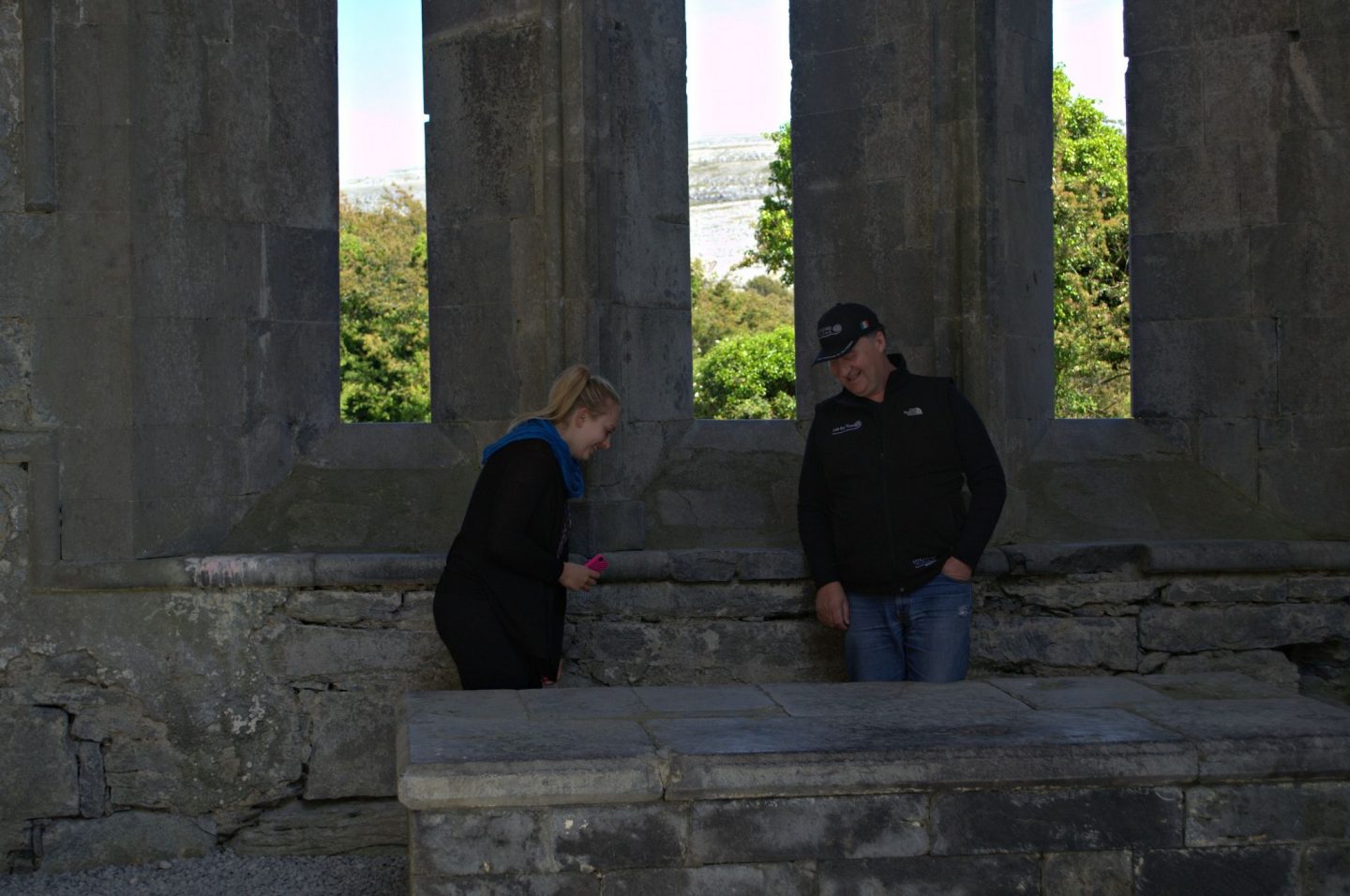 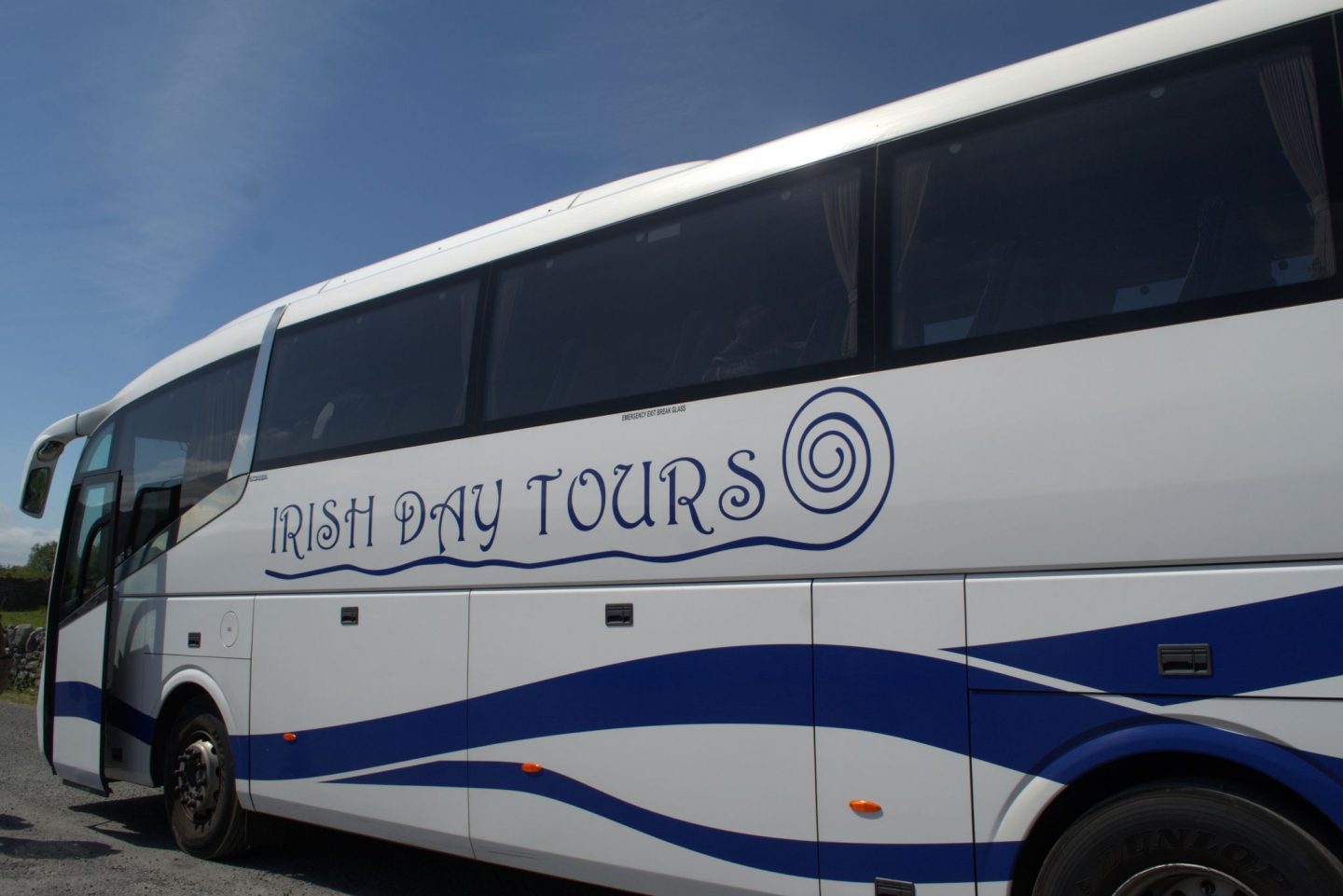 We arrived back in Dublin city centre about 8pm and we were suitably wrecked to say the least. It was a great day, and as a tourist for a day I can’t recommend Irish Day Tours enough. Sure I’d of liked to spend longer in places, but if you only have a day to see some of Ireland this tour will give you the general jist of the area and some of the Irish culture!